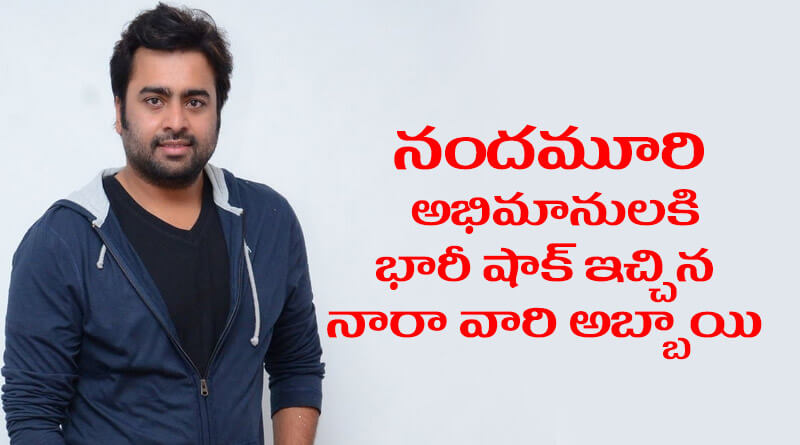 Nara Rohith has hit screens today with his recent flick Savitri, which released all over the world. Rohith, who was struggling hard to prove himself as a star hero has now planned go surprise all Balayya fans. In his movie Rohith performed in a special fight sequence in which he will be seen using some of Balayya's famous punch dialogues and songs which makes the theatres blast with whistles and claps by Nandamuri fans.

Previously Rohit tried the same formula on his uncle AP CM Chandrababu Naidu in his previous movie Tuntari, which was received in huge by yellow army. Till date, Rohith, who maintained his distance from praising his family's legacy in onscreen has now started it for his career. In this process the upcoming star is closely associating with his uncles Chandra Babu and Balayya more frequently, which is making huge crowd to yell at him with slogans. It is well known that Balayya released Savitri's audio a few days back, while both CBN and Balayya took part in Rohith's Raja Cheyyi Vesthe audio launch event held a few days back at Vijayawada.