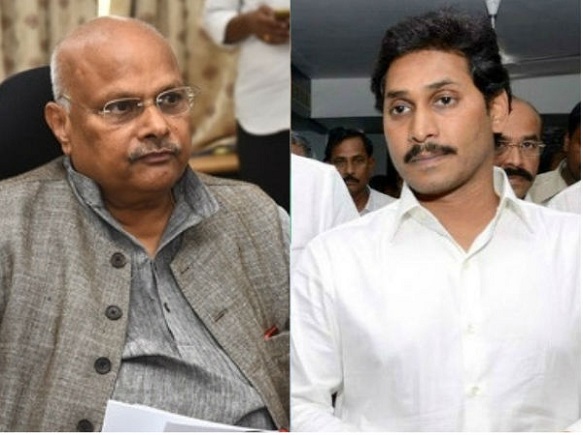 AMARAVATI: Former Finance Minister Yanamala Ramakrishnudu on Thursday termed it as a great misfortune of the Andhra Pradesh people to have got an inexperienced Chief Minister like Jaganmohan Reddy who does not have basic understanding of how a state or country's economy works.

The TDP leader said while the previous TDP regime achieved 11.02 per cent double digit growth rate in 2018-19, the present Government reduced it to single digit 8 per cent in the last one year with its self-destructive and debilitating economic policies.

Addressing a press conference here, Mr. Ramakrishnudu said AP emerged as a favourite destination for national and international investments but the State's image took a severe beating since Jagan Reddy began his Tughlaq rule with demolitions, cancellations, atrocities and destructions. Highest priority was given to crippling of systems and institutions under YCP rule. Just like Tughlaq, Jagan Reddy has started shifting Capital City and ended up lapping up severe public backlash.

The Opposition Leader in Council said that the previous TDP rule achieved a per capita income of Rs. 93,000 to Rs. 1.64 lakh in 2018-19. In just five years between 2014 and 2019, AP witnessed rapid strides in development. All sections of people led happy lives during Chandrababu regime just like history remembers the golden age of the Guptas in Indian history. All sectors of the AP economy witnessed growth and prosperity.

Mr. Ramakrishnudu blamed the failed economic policies of Jagan Reddy for the 'increasing debt burdens' on AP people now. Just like Tughlaq, Jagan Reddy has also emptied the state treasury and ripped apart the economy beyond repair. Jagan Reddy regime brought Rs. 80.000 Cr loans in a year as against Rs. 24,000 Cr yearly average of TDP regime. AP used to be in 3rd place in its contributions to the country's GDP but now it has slipped to 9th place.

The TDP leader asked how the State could get income when the ruling YCP leaders were exploiting and plundering all the natural resources from sand to minerals. The police machinery was weakened and subjugated to protect the ruling party mafia. The orders and judgements of the courts were not being adhered to. The Government money was being distributed to the YCP activists by giving them volunteer posts. The YCP plans were to hijack elections by using its money and muscle power.

Mr. Ramakrishnudu deplored that even the poorer sections were facing lots of problems because Jagan Reddy was implementing his grandfather Raja Reddy Constitution but not Ambedkar's Constitution. The Dalit doctor Sudhakar was humiliated, ex MP Harsha Kumar was jailed, Andhra University Professor was harassed and so on.