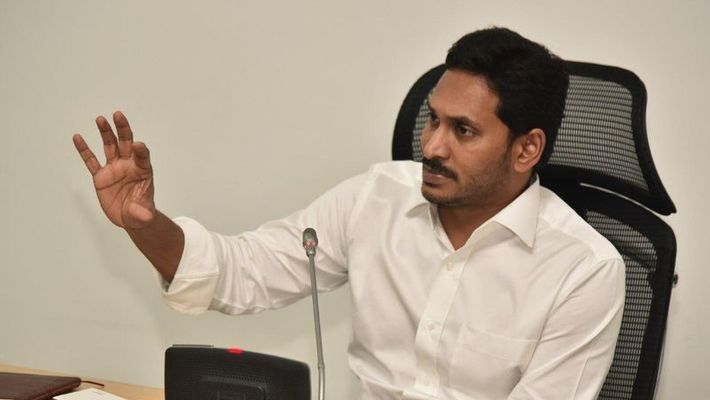 AMARAVATI: Telugu Desam Party MLC G. Deepak Reddy on Friday blamed Chief Minister YS Jaganmohan Reddy for 'cheating' the voters of Andhra Pradesh by turning away from scores of his promises, assurances and commitments made to people at the time of elections.He asserted that CM Jagan Reddy has now become seen as a master of J-turns by virtue of his deliberate attempt to suppress the people if they are asking about the implementation of his election promises.Addressing a virtual press conference here, Mr. Deepak Reddy said the CM went back on his great oath to bring Special Status by taming and subduing the Central Government with the threat of resignations of all 25 MPs of AP. After adorning the CM chair, Jagan Reddy literally forgot about his vow and not at all talking about the Special Status which he once advocated as the only panacea for all the problems and ills of the unjustly separated Andhra Pradesh state without a capital of its own.The TDP leader listed out over 100 such commitments on which the CM has turned back, thereby leaving the people in a state of crisis and deepening troubles now. Because of Jagan Reddy's spectacular performance in breaking his own promises, another word called J-turn has entered the dictionary as a synonym for U-turn. In a very objectionable manner, the CM attended the inauguration of Kaleswaram irrigation project in Telangana which he described as a curse that would reduce AP into a desert when he was Opposition leader of the state.Mr. Deepak Reddy recalled how the Sakshi media and Jagan Reddy family accused the Reliance Group of conspiring the death of YS Rajasekhara Reddy in the past. But now, CM Jagan totally forgot about that and gave a warm welcome to Reliance Chairman and even offered his party Rajya Sabha ticket to a Reliance top person. Perhaps, this was the biggest J-turn taken by Jagan Reddy in utter disregard to his own conscience and that of the people of the state.Stating that people were being burdened with taxes and high prices, Mr. Deepak Reddy deplored that Jagan promised not to raise current charges but now the consumers were suffering heavily in view of the changed slabs and abnormal bills. RTC, petrol and other prices have also gone up. While in opposition in the past, Jagan Reddy supported an Assembly resolution for Amaravati Capital City but once he got into power, the YSR son started demolishing and shifting Capital City out of sheer political vendetta and personal greed.