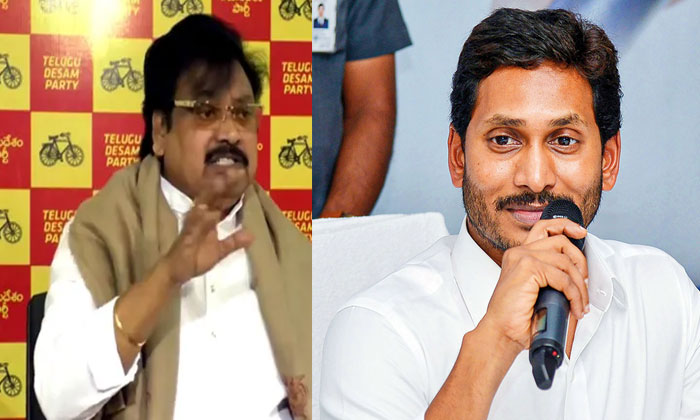 AMARAVATI: TDP Politburo Member Varla Ramaiah on Friday strongly hit back at the ruling YCP criticism, saying that it was CM Jaganmohan Reddy who was the true 'betrayer of Dalits' in Andhra Pradesh politics but not Chandrababu Naidu.The TDP senior leader said after coming to power, CM Jagan Reddy has totally ignored the promises made for Dalit welfare and greatly weakened their welfare corporations while the YCP weaker sections Ministers turned into silent spectators.Addressing a press conference here, Mr. Ramaiah asserted that Chandrababu has actually ensure enough justice to the Dalit communities by spending over Rs. 40,257 Cr for their development programmes during the TDP regime. Both Jagan Reddy and his father YSR cheated weaker sections with their false promises and non-stop plunder of the wealth of Andhra Pradesh. If Jagan has respect for Dalits, he should not have even thought of shifting Amaravati Capital City.Mr. Ramaiah pointed out that the previous TDP rule spent Rs. 11,128 Cr for SC Sub-plan works during 2018-`19 but Jagan Government has not spent a single rupee in the past one year of its mass destruction. While TDP acquired and distributed 3,000 acres under land purchase scheme to Dalit beneficiaries, the YCP Government took to a reverse path and forcibly took back 4,000 acres from poor families. Even the LIDCAP lands given by TDP rule were being taken back.The TDP leader deplored that the Rs. 100-Cr Ambedkar Smriti Vanam project was shelved without minimum respect for the Dalit communities and voters. Amaravati Capital was located in between six SC assembly constituencies but Jagan Reddy did not bother to shift it out of political vendetta and personal greed.Mr. Ramaiah recalled how nearly 150 Dalit families were thrown out of their villages by YCP miscreants. When Chandrababu Naidu planned to visit their villages to give moral support, the YCP Government misused the police force and locked the gate of Naidu residence in a very sadistic and undemocratic manner. In the last one year, YCP leaders continued their assaults and attacks on Dalits who included Dr Sudhakar who was suspended and harassed in a very humiliating manner. Ex MP Harsha Kumar was put in jail for 48 days while the Andhra University professor was harassed.