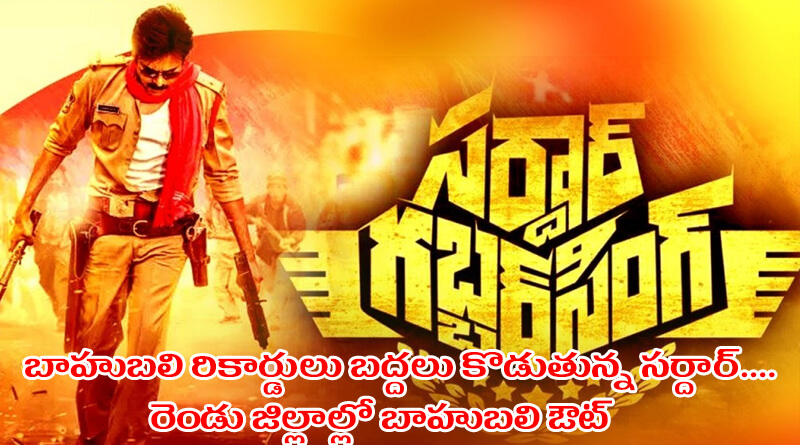 Powerstar Pawan Kalyan's latest film Sardar Gabbar Singh, which has hit screen yesterday on eve of Ugadi has now been on its way of breaking records. This Mass Entertainer broke 'Baahubali - The Beginning' record in Andhra region and just missed the 'Baahubali record in Nizam and Ceded territories by not a big margin.

Even though the moved gained a mixed talk the audience and fans are crowding towards theatres to watch it as there was no alternate movie in theatres and maximum theatres were playing Sardar due to the craze of pawan klayan and even due to high payments of distributors.

As per early reports, 'Sardaar Gabbar Singh' broke 'Baahubali' record in East Godavari, West Godavari and Krishna. The records of Guntur and Nellore districts were safe as they were missed with slight margin.

In Ceded region, 'Sardaar Gabbar Singh' Day 1 share is over Rs 4 crore. On Day 1 itself, Shares in Godavari districts crossed Rs 2 crore-mark. This is for the first time, Day 1 share of a Star is more than 2croires says the filmy circles. This is the real power of power star says his fans. If the traffic to theatres continues same for five more the distributors may earn benefits instead of losses says sources. Anyhow lets wait few more days for complete details.