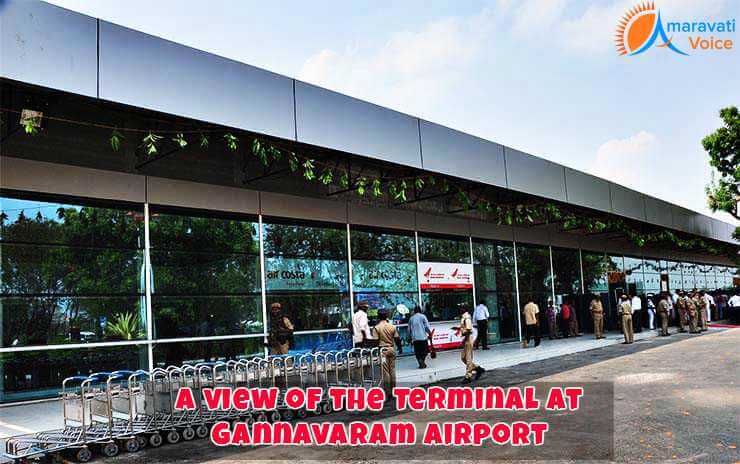 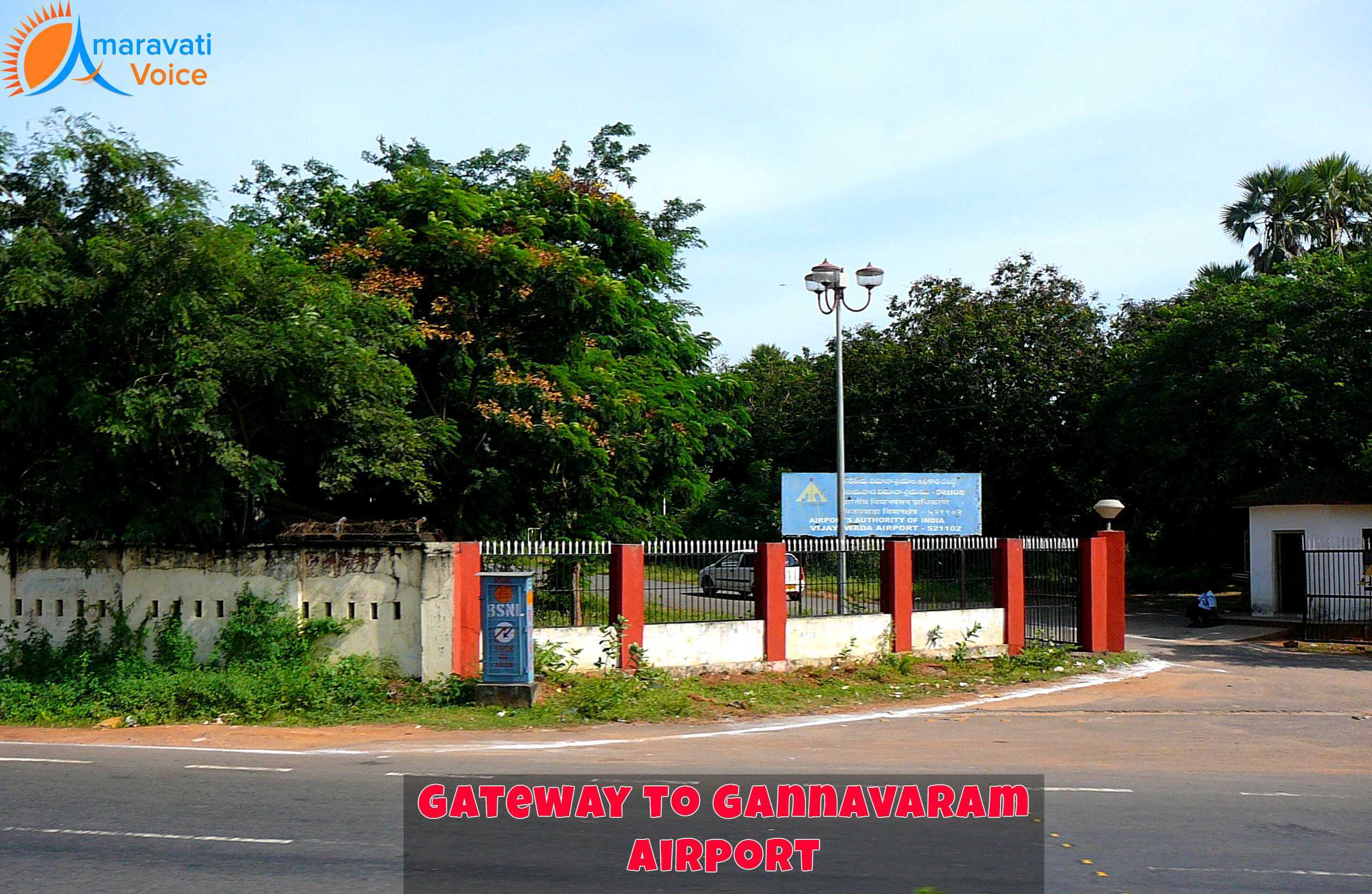 Summary: If you wish to explore the city of Vijayawada and its attractions and use flight transportation from any other country, you will have to use domestic flights from the international airport in the state to reach Vijayawada by air.

Vijayawada Airport is a domestic airport meant for public use and it is located at a distance of about 18 kms, North East Route from the main city of Vijayawada. The airport is rightly standing on the National Highway 5 that connects Chennai and Kolkata cities. It is located in a place called Gannavaram and it is actually serving the cities within the state of Andhra Pradesh and even it operates domestic flights for the neighbouring states as well.

When talking about the latest improvement in the airport, the runway was extended to 7500 feet. This was done with a view to permit bigger aircrafts to land and departure. After the announcement of the city of Vijayawada as one among the two capital cities of the state of Andhra Pradesh, with the anticipation of more traffic, the Airport Authority of India is presently making many infrastructural changes and developments to the Vijayawada airport.

AAI has plans to develop additional check-in counters and they also have announced their plans for developing a lounge for passengers. It is also expected that the VIP lounge will be expanded and to ensure smooth backend operations, more space will be allocated as per the plans of AAI.

History of the airport:
During the World War II, the airfield in this airport actually acted as the army base. Then, it was converted as airport for public use. In the year 2003 on the month of September, the Air Deccan launched an everyday service between Vijayawada and Hyderabad. Until 2011, the Kingfisher Airlines was operating only a couple flights a day. But, in the year 2011, some improvements were made as Air India and private service providers like Jet Airways and Spicejet unveiled direct flights from Vijayawada.

In October 2013, the airline called Air Costa began its operations with Vijayawada as the operational hub and the maintenance hub being the airport in Chennai. TruJet is also expected to launch some charter services shortly. 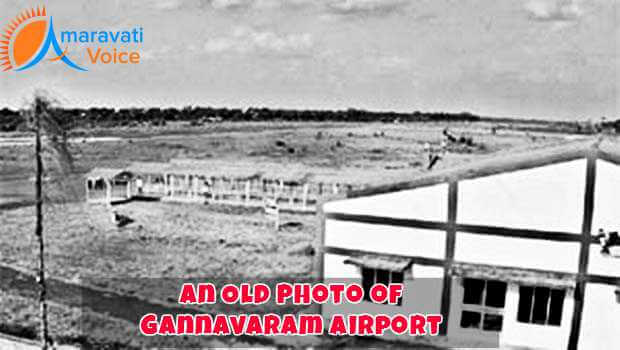 From Vijayawada Airport, presently flights are being operated to different cities in India like those mentioned below:

Other airports in vicinity to Vijayawada Airport: 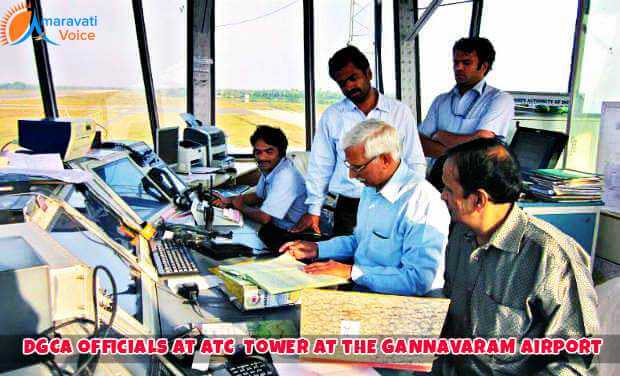 Facilities available at the airport:

Baggage Service: There are Baggage X-ray scanners both at the entry and exit gate of the airport and there is a fundamental baggage service with free trolleys, trolleys for physically challenged people and also there are baggage conveyors.
Place to shop and eat: Even though, there are places to eat foods and snacks in the form of snack bar, there are no shopping facilities within the airport, but the shopping facility is available outside the premises. 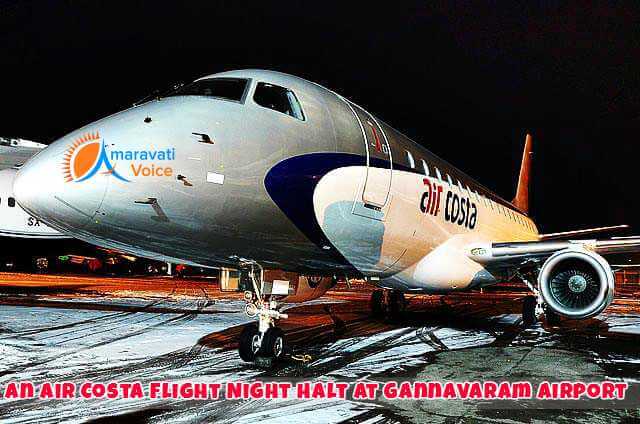 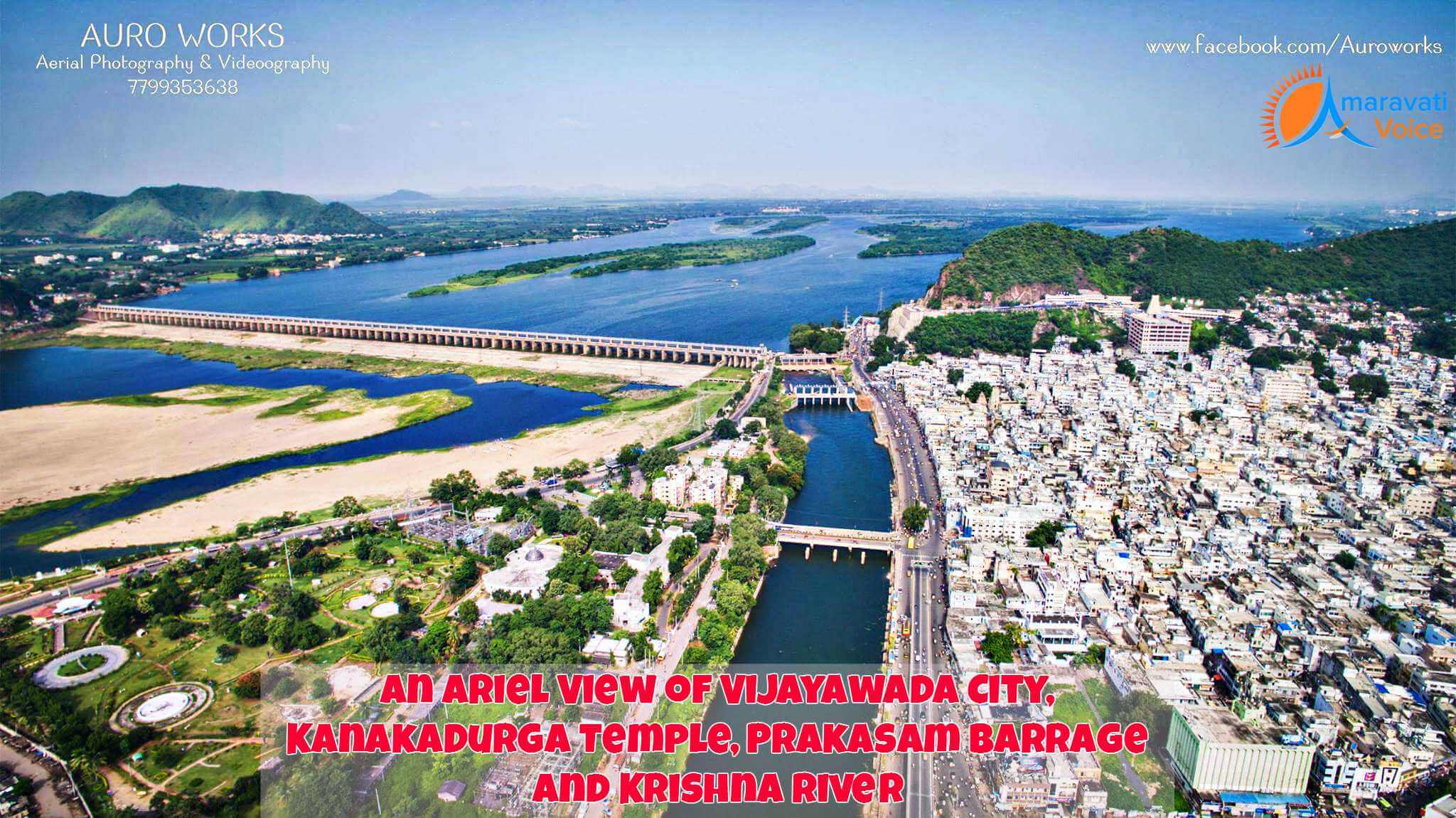 Summary: So, you have been looking for the history of the current nerve center of Andhra Pradesh, right? Let us explore some details.

Vijayawada, which is now the current working capital of Andhra Pradesh is rightly situated on the banks of two great rivers of the state, namely; Budameru and Krishna Rivers. Do you know that the very name of this ancient city denotes ‘the place of victory’. Yes, this is a city that can bring you victory in your life with ancient temples and with its great history.

This city is not just a municipal corporation, but it is also the proud headquarters of the urban mandal of Vijayawada located in the Krishna District of the state. The city holds another pride of being one of the suburbs of the state capital region called Amaravati and it is also the headquarters of the Andhra Pradesh Capital Region Development Authority (APCRDA). Being the great trading center in the state, it is called as Business Capital of AP. It is one of the two metropolis in the state and other is Visakhapatnam.

Another important and attractive thing about Vijayawada is that it is recognized as the ‘Global City of the Future’. This honor was given to the city by McKinsey Quarterly, a business magazine. In addition, the city also holds the pride of being one the commercial hubs in the state by registering a Gross Domestic Product of $3 billion in the year 2010. It is presumed that there will be an increase in the GDP to $17 billion by the year 2025. The city has earned these recognitions mainly because of its industrial, agricultural and political sectors. Apart from these things, the commercial element of the city is attributed to the fact that she has one of the largest railway junctions in the country.

The historic name of this ancient city is Bezawada and she holds the pride of being the second largest city in the state spread over 61.8 square kilometres. As per the census that was taken in the year 2011, the population of the city was 1,491,202 and it is nearly 40% increase as compared to the 2001 census. What has contributed towards this huge population?  The reasons are many, like education, history and one of the important reasons is that she is well-connected to other parts of the state and also other parts of the country with excellent transportation facilities. Please read on to know the glorious past of this great capital city of the state of Andhra Pradesh 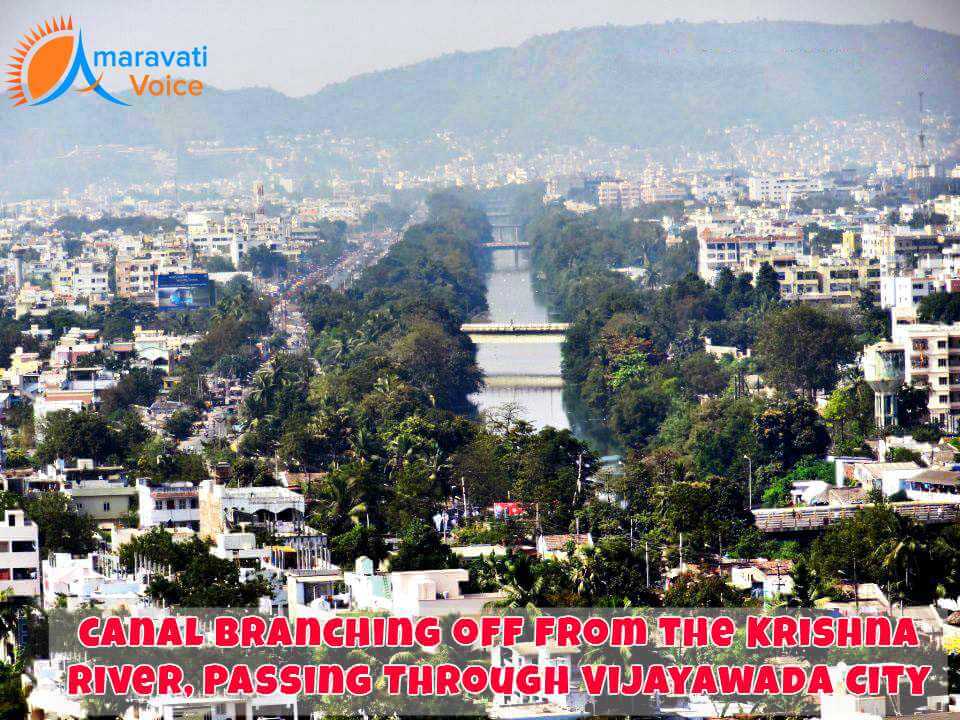 Legends behind the city:

Many stories are stated as the reason behind the name of the city. It is stated that Goddess Durga of the great Kanakadura Temple killed the demon and relaxed in the city for some time and as she won the demon, this place has the term ‘Vijaya’ or victory in her name, while wada is the term that denotes place or location. This means that the meaning of the city’s name is ‘place of victory’. Indrakeeladri hill, in which the Kanakadurka temple is located is referred to be as the place in which Arjuna got the Pashupatastra from Lord Shiva as per the great epic Mahabaratha. Therefore, the city was called as Vijayavatika, which later changed as Vijayawada. This city is otherwise called as ‘Bezwada’ and it is believed that the reason behind this name is that River Krishna obliged Arjuna to make a path for her to merge into the Bay of Bengal. Based on the request, Arjuna made a Bejjam, which means hole through the mountains and the place was then begun to be called as Bejjamwada, which was later changed as Bezawada. The name of this city was found to have made a mention in the stone age relics found in the banks of River Krishna.

It is found from the stone carvings in Vijayawada that besides being the folklore, this city was the seat of evolution for both Hinduism and Buddhism. Records stated that in 260 BC, King Asoka has conquered the Kalinga Empire to which this city was a part earlier. Again, in 208 AD, this area was ruled by a king called Chandra Sri Satakarni. Then, during the 5th and 6th Century, this region was the important center of Vishnukundin Rulers, during whose rule the Mogalarajapuram caves were known to have built. 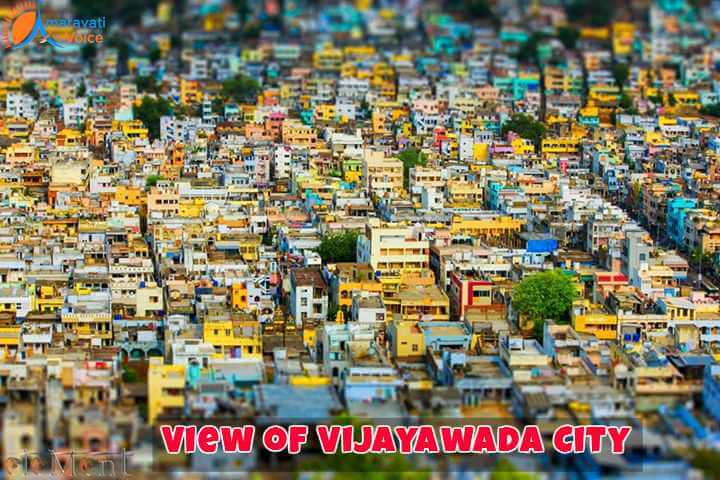 The rule of Chalukyas in Vijayawada:

The city has a great history right from British Rule in India and here are some of the milestone years in the history of this city after Indian independence: 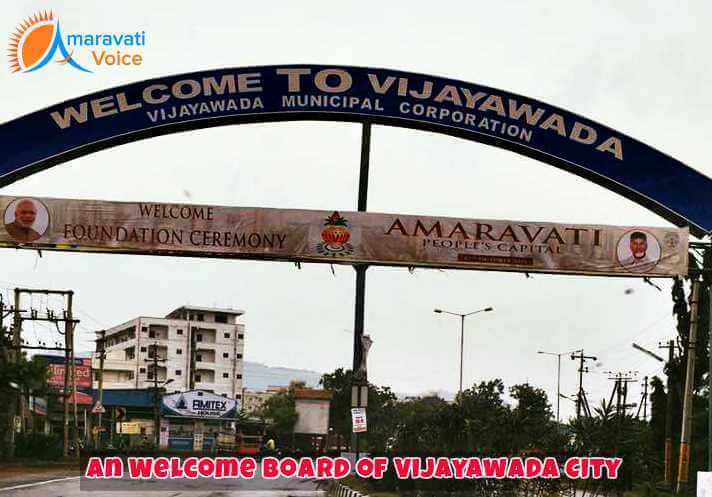 The first factory in this city was built by the British East India company during the 17th Century and it was named as Bezawadaapatnam. Then, the factory was occupied by the Mughal King, Aurangazeb. Finally, in the year 1735, the Dutch Colony was established in this region. The extensive railway network that is presently enjoyed by the people is attributed to the British Rule in this region. In the year 1765, the city turned out to be the British Colony. Nearly 100 years after this, the city was converted into Municipality, which paved the way for the present municipal corporation in this city.

How about education in Vijayawada?

Among the many factors that attract people towards this city, her educational facilities are stated to be one of the important reasons.

The other name used for denoting this city is ‘Vidyala Wada’. The meaning of this term is ‘place of education’, which clearly showcases her educational infrastructure. To denote her educational contribution, she is also called as ‘the Educational Sahara’ as both government-run and private run institutions are providing the best education to the future generations of the nation from Vijayawada. The government educational institutions are operating under the Vijayawada Municipal Corporation and not just at school level there are government and private run colleges in this city. 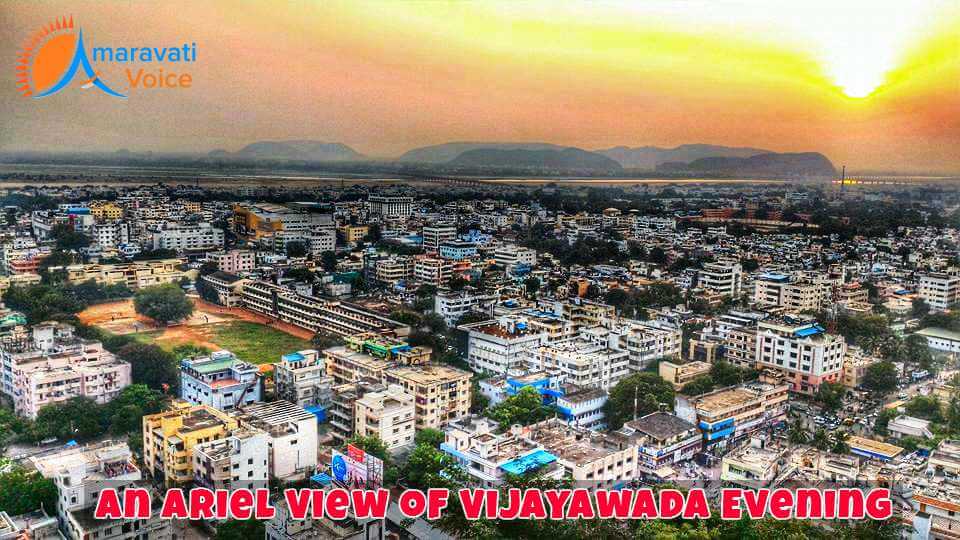 As mentioned earlier, the city is well-connected not only to the other major cities in the state, but also to the other states as well. The city has a well-organized airport, railway station and Pandit Nehru Bus Station.

So, are you ready to explore more details about this victorious city and do you feel any information is missed out here? Please feel free to share your thoughts with us.