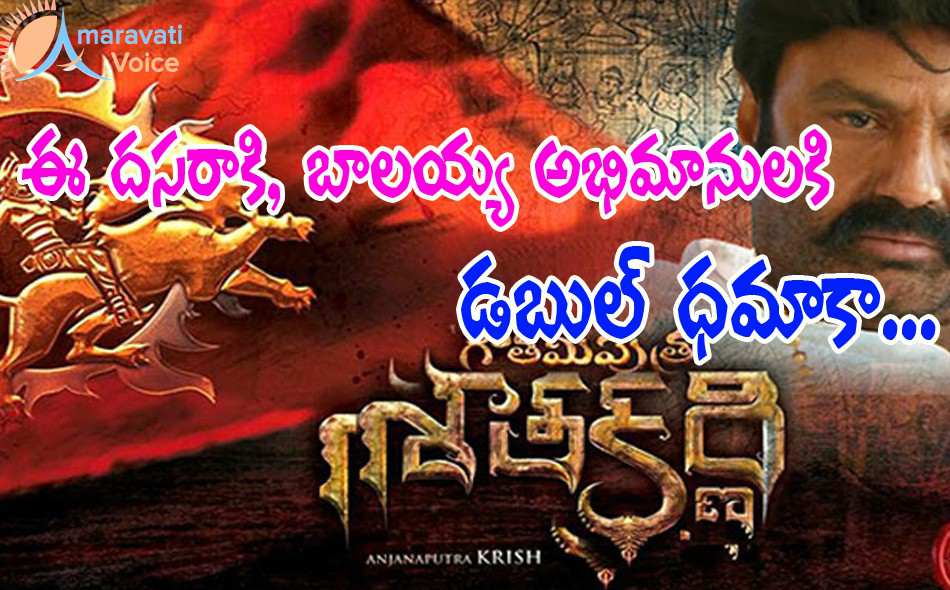 This Dasara is going to be a feast for Balayya fans. Balayys is going to give double dhamaka for his fans this festive season.

As all know that, the prestigious 100th film, Gauthamiputra Satakarni, is on the sets and fans are eagerly waiting for every news of this film. Meanwhile film unit is going to give double dhamaka for fans. Gauthamiputra Satakarni first look will be released on 9th October. And also the teaser will be released on October 11th at 8.00 AM. It is known that this auspicious muhuratam is kept by Balayya only.

The film is gearing up to release on Sankranti, on January 12th.