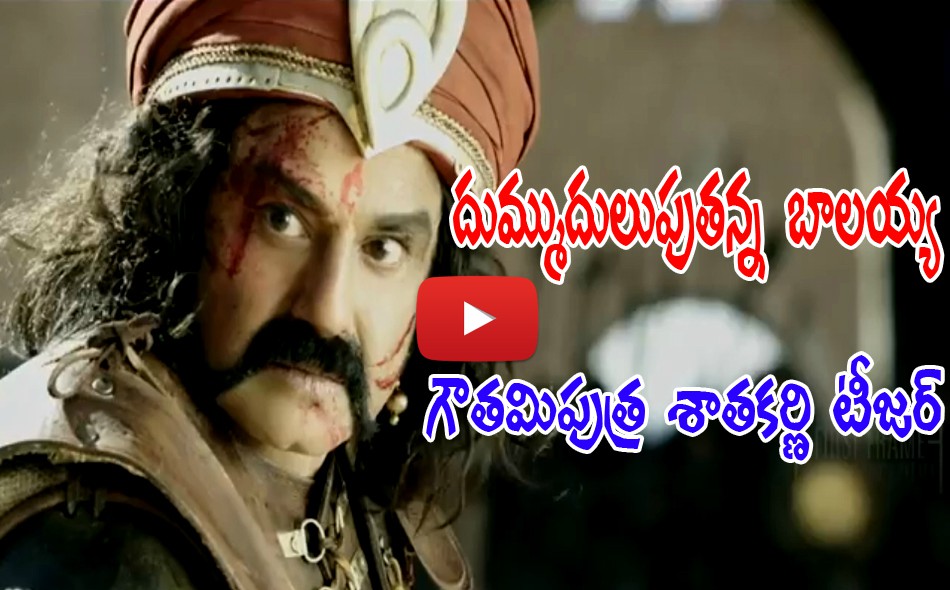 Nandamuri Balarkishna has given a feast to his fans of the auspicious Vijaya Dasami, Dasara Day. Natasimham's 100th film "Gautamiputra Satakarni" teaser is out and it’s rocking.

It is evident from the teaser that, its going to be a visual feast and Balayya is going to rock as "Amaravati King", "Gautamiputra Satakarni".

National award winner, Krish is directing the historical movie, where Shriya Saran is acting opposite Balakrishna and Hema Malini playing the role of Balakrishna's mother Gauthami.

The movie is being readied for Sankranthi 2017 release.

Here is the rocking teaser of "Gautamiputra Satakarni"