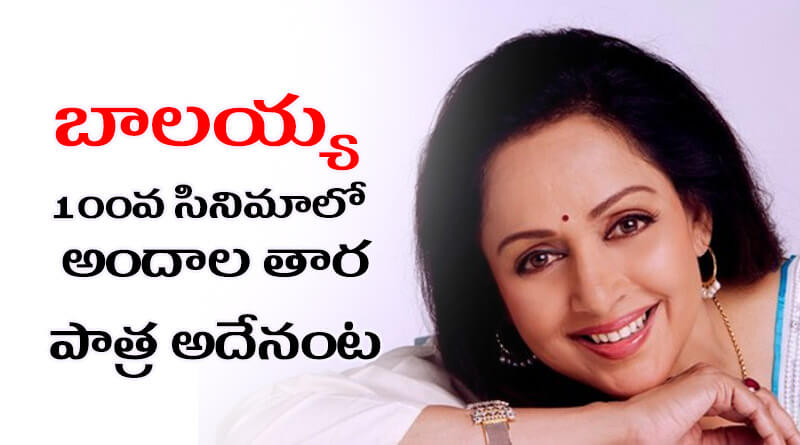 Nandamuri Balakrishna , who was making tours around the state was now turning as a sensational news every day either with his political activities or on his movies. Balayya who is about to kick sets with his 100th movies is making a huge buzz in media. Day by day a sensation is breaking out on social media. It is known that a few star directors like boyapati, krishnavamsi and krish were heard as directors of 100th film, Now a latest buzz started to get circulated in media.

As per the latest information, Bollywood actress Hema Malini has been approached by the team to play the role of Balakrishna’s mother, Rajamatha Gautami says sources. Hema Malini too responded in a positive way says their words.

Whoever or whatever might be the rumours and suspenses over Legend’s 100th film will soon be revealed on April 8th at Amaravati, the new Capital of Andhra Pradesh where Balakrishna launched audio of his recent hit Dictator. The film will be officially launched on April 8th on the eve of Ugadi said Balayya earlier.Till date it is rumoured that the film will be directed by Krish with titled as “Yodhudu” or “Gautamiputra Satakarni” , which is based on the true story of Satavahana ruler, Gautamiputra Satakarni.