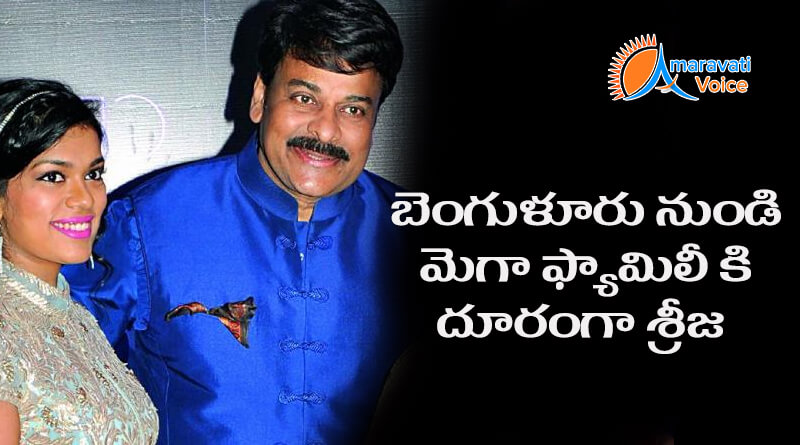 Chirajeevi’s daughter Sreeja’s marriage is going to be arranged in a grand manner in her interest. Till now the Mega family has not given official statement in the media on the marriage of Sreeja. But in the internet where there is news sharing like Facebook, what’s up there is news sharing regarding her marriage, hence the Mega fans are feeling happy. In the social media the photos of Sreeja with the elders are shared in the internet. In these photos Mega Power star Ramcharan Tej, Varun Tej, Allu Arjun’s family are present with Sreeja. In Banglore at Chiranjeevi’s farm house the marriage of Sreeja’s will be done inbetween the close relatives of the Mega family on 28th of this month. After thats on 31st of this month a grand reception will given there.

In the past Sreeja and Sirish love married each other in the Arya samaj without elder’s decision. After having a child between them they got differences and took divorce which is known. Sirish has made comments that he will marry a good and beautiful woman than Sreeja on one day before the Sreeja’s marriage and wants to teach lesson to the people like Sreeja who thinks negative of love is a good challenge