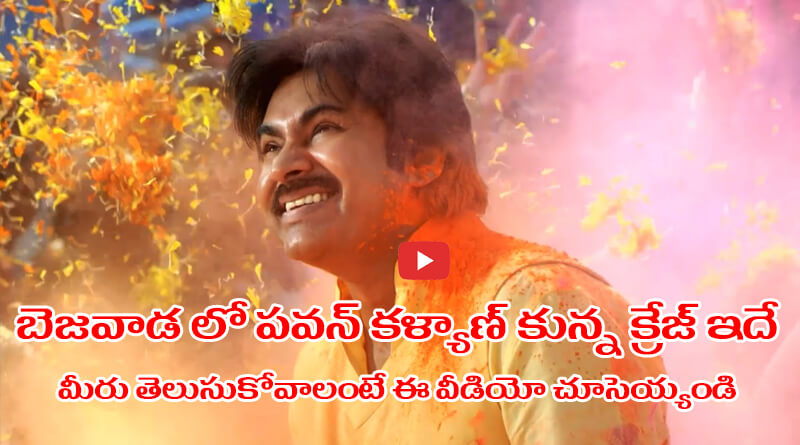 Powerstar Pawan Kalyan the one who is becoming talk of the town and even turning as some sensation day by day. During the past year he became talk of town with his entry into politics. Now, again the star became a news with his latest movie which is going to hit screens tomorrow. Pawan has now planned up everything to show his mass power in AP capital vijayawada. For this, the star has been planning to release his movie in maximum number of theatres and was planning to screen his movie benefit shows in large number. Behind this the pawan kalyan fans and kapu leader are forming huge to make the movie a huge success. Here is a video which shows us the craze of Pawan Kalyan in Vijayawada.