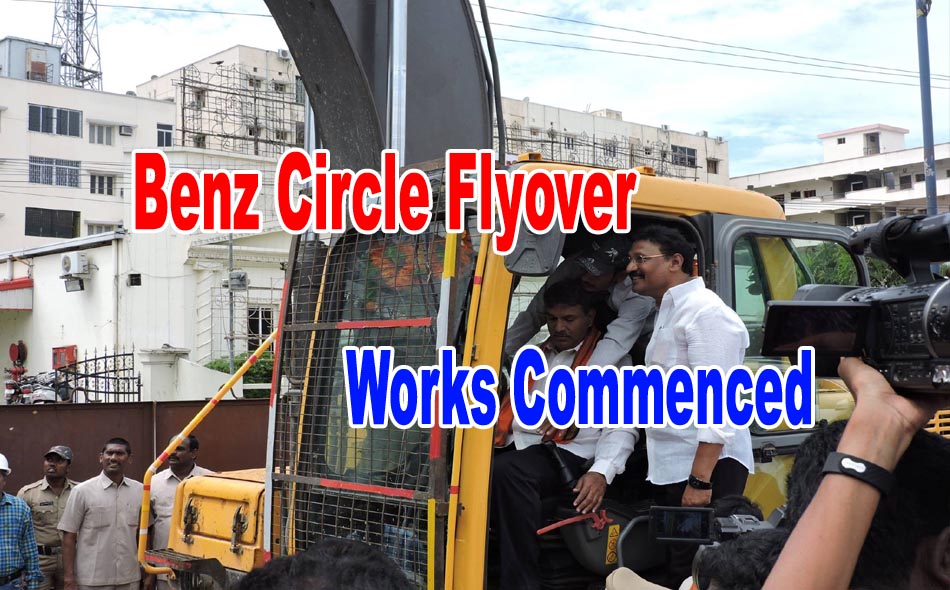 Speaking on the occasion Kesineni Nani said that, Once Benz Circle flyover is over, nobody can stop the development of Vijayawada. The flyover is being constructed at Rs 220 crore, with six lines of roads on either side of the national highway. The flyover comes with 1.47 km. Initially the flyover was only allowed up to 881 meters. Chief Minister Chandrababu held talks with Union Minister Nitin Gadkari to increase it to one kilo meter, said Nani

The company's representatives say the flyover will be completed by November or December 2018. But government is asking to complete by August 15th, next year.

Here are the features of Benz Circle Flyover: