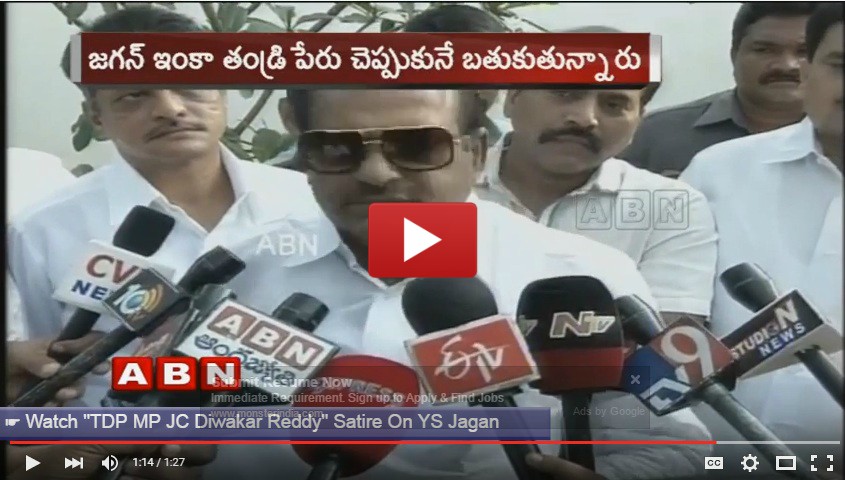 Telugu Desam Party MP JC Diwakar Reddy made satirical comments on YSR Congress Party Chief YS Jagan. He said that Jagan, is still fooling people with his father’s name, late YSR. He told, he has to prove himself and convince people.

Diwakar reddy said that it is a good choice to give ministry to Nara Lokesh. JC Diwakar Reddy further stated that KTR has proved himself as a cabinet minister.