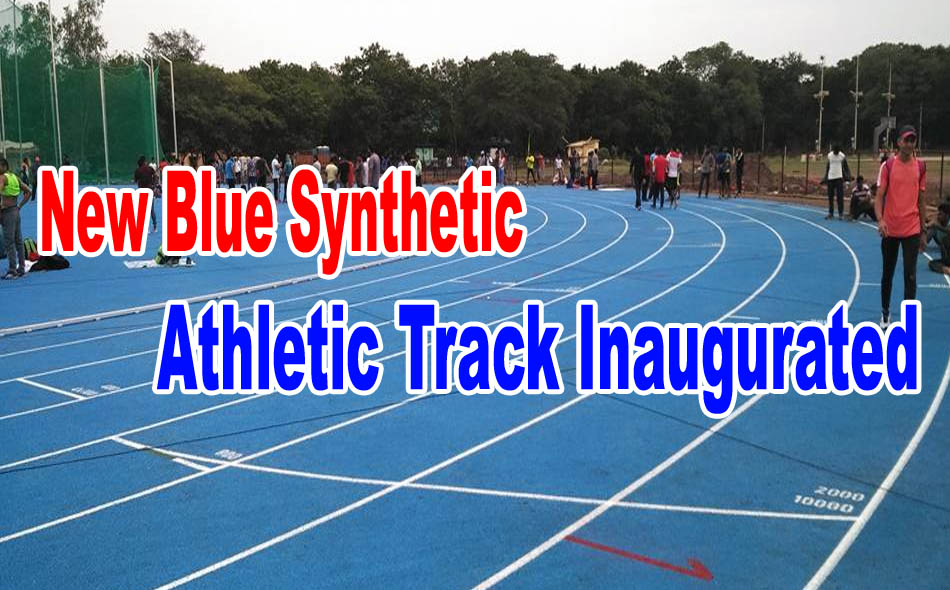 A majority of the countries across the World have begun using blue Synthetic athletic tracks instead of the conventional brick-coloured ones. ANU is the first institute in India to introduce Such a track.

Blue synthetic tracks may be used for a period of 15-20 years with little maintenance. After they wear out, only the top layer needs to be replaced.

Central Ministry of Youth Affairs & Sports had approved ANU's proposal to lay a synthetic athletic track on the university campus under the Urban Sports Infrastructure Scheme (USIS).
An amount of Rs.5 crore had been sanctioned for the laying of the eight lane track. The flood lights had also been installed in accordance With international standards, at a cost of Rs.7.92 crores.

The students of ANU wish for the University to be developed as the premier institute of Amaravati, in Sports and in education.