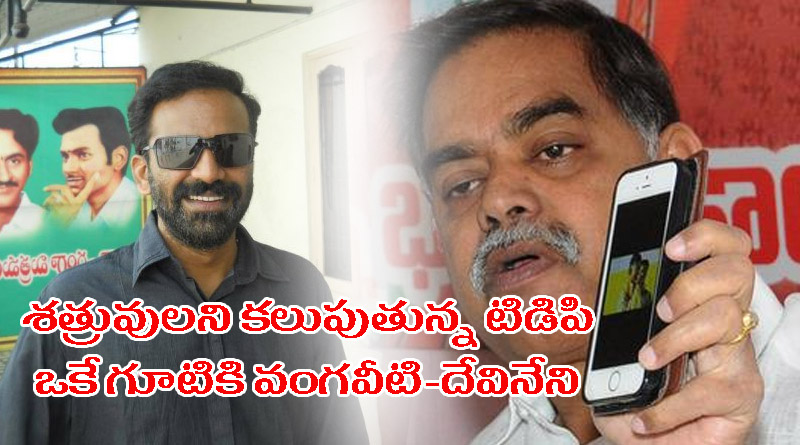 Devineni and Vangaveeti , the two caste based families that doesn’t need any introduction. The war and hatred between these families is such a huge and long that even film makers are making movies based on real story of these families. There are no situations that both these families never met or came across. Now, breaking that situation TDP is planning to bring both the rebels under one roof. Are you shocked its true. It is going to apply the same formula which resulted positive in Rayalaseema. It brought all the leaders and their enemies under one roof but with few assurances and conditions. Now, the same is going to applied in Bezawada politics says sources. It is known that Nehru was consulted by few TDP leaders and was given assurance to join their team. Even Radha who expected devineni to join YSRCP consulted tdp says sources. Now, If both the legendary heros joins TDP, how will TDP manage? Devineni already clarified that he has no objection even to work with Vangaveeti Radha, So, now this statement caused interest among politics of bezawada and you can know ore on this clicking the below video.