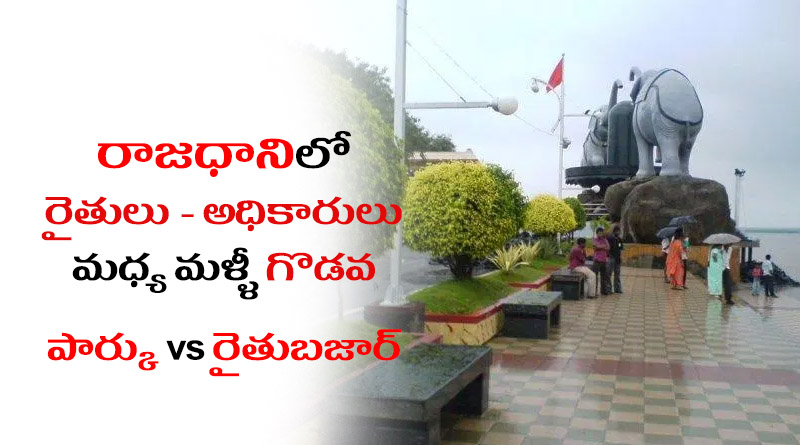 The farmers of Vijayawada Rythu Bazaar again turned angry opposing government. The governments decision of building up a park turned the reason for this issue. Government officials decision was thrown back by farmers and media were called up by them to show their anger on government officials. Swaraj Maidhan which is popularly known as PWD grounds of Vijayawada became the reason of their anger. The grounds which is being used o carry exhibitions and other cultural events from past 20years had a Vegetable market in a part of it. Now, the government raised up a call for turning the grounds into garden which resembles public garden in Hyderabad, which is opposed by farmers and vendors as the new place shown by them will create a huge loss in the business led by them. For the complete details have a click