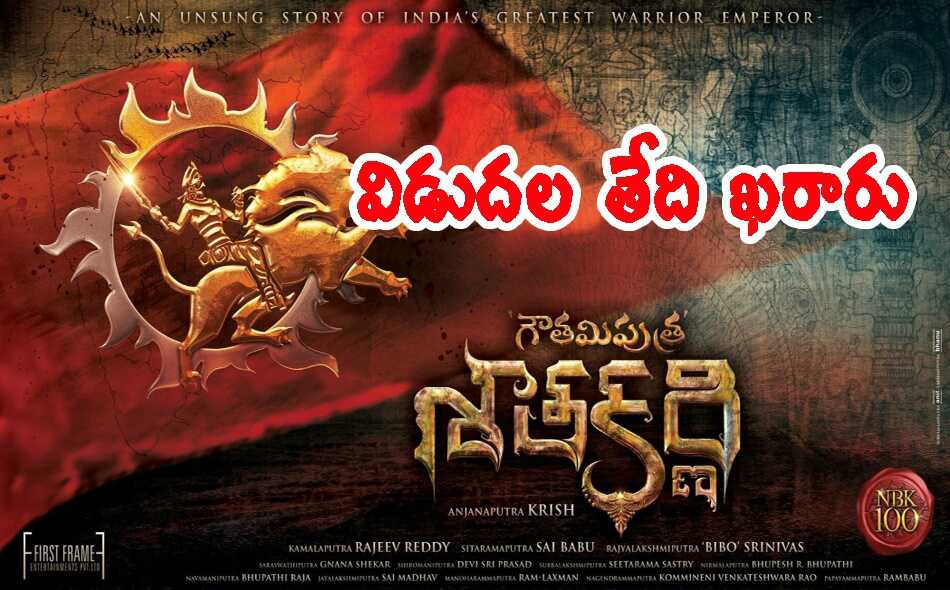 The much awaited Nandamuri Balakrishna's 100th film "Gautamiputra Satakarni" film release date has been fixed. Recently the film has been opened for shooting. Very soon the film is going into for regular shoot.

Meanwhile the film unit has declared the release date of the film. The film is coming up for next Sankranti on January 12th 2017.