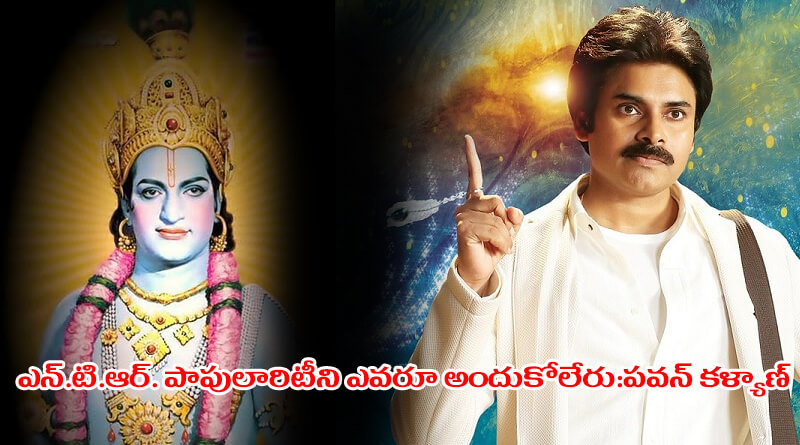 In his recent media interaction, Pawan Kalyan made a few comments that revealed a secret causing sensation. The star said Sr.NTR is one person he admires a lot among the old and first generation heroes. He even adds, NTR's popularity can't be replicated by anyone.

Unlike other stars, Pawan doesn't mind saying he don't carry the burden of Stardom and it's his way of leading a better life. Neither I'm a great actor nor a professional actor like others. I find it difficult while dancing for the songs, he admits frankly and openly without any hesitation.

Jana Sena Chief Powerstar pawan kalyan even declares himself as a great fan of his brother Chiranjeevi and Amitabh Bachchan to the next and even says every star has their own market and stardum. He even used 'Mere Angne Mein' in 'Sardaar Gabbar Singh' anthyakshari sequence. Not many knew, Pawan Kalyan adores the work of Bollywood filmmakers Anurag Kashyap, Vishal Bharadwaj and Nishikant Kamat.

Now, pawan is going to hit screens on 8th of this month with his recent movie SARDAR GABBAR SINGH