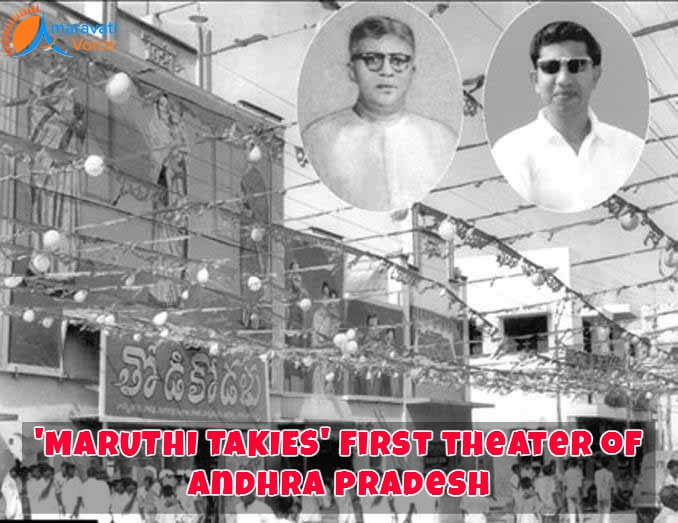 Summary: Vijayawada holds the pride of being the first city to host movie halls in the state. Let us explore some details here:

It happened way back in the year 1921, when Pothina Brothers built the first theatre not just in the city, but also the entire state called as Maruthi Talkies. This theatre was screening movies right from period when movies were taken as silent films.

‘Maruthi talkies’ was the only movie hall that met the requirements of film enthusiasts in the early 1920s until the development of new halls in the Two Town area of the city in the late 1920s and early 1930s.

When talking to Padmasree Turlapati Kutumbha Rao, he shared his experience of watching a silent movie in Maruthi Talkies during which time the value of the ticket was one-sixteenth of a rupee. He also shared an interesting event that happened several decades ago in this theatre. The incident was that then a movie was released and the Bheema, one of the five brothers of pandavas had not moustache in a scene. The makers failed to notice the same and released the movie. But, when the film buffs saw this scene they refused to visit Maruthi Talkies stating that the character was without a moustache. But, the operator of the theatre managed to make some changes in the negative and came up with one to draw the crowd. Even, during that period, the people working for the theatre went around the streets to announce that Bheema now has a moustache to attract the crowd.

Senior Columnist named, Adavalli Satyanarayana said that during those periods, Maruthi Talkies used to screen mythological films and also the best of NTR films never fail to hit the screens of Maruthi talkies. He also recollected that the Balcony ticket during that period was Rs.1.50, which was around 1940s.

Maruthi Talkies was the theatre to release the first color film produced in the Telugu Film Industry named ‘Lavakusa’.

Some attractive things about Maruthi Talkies: