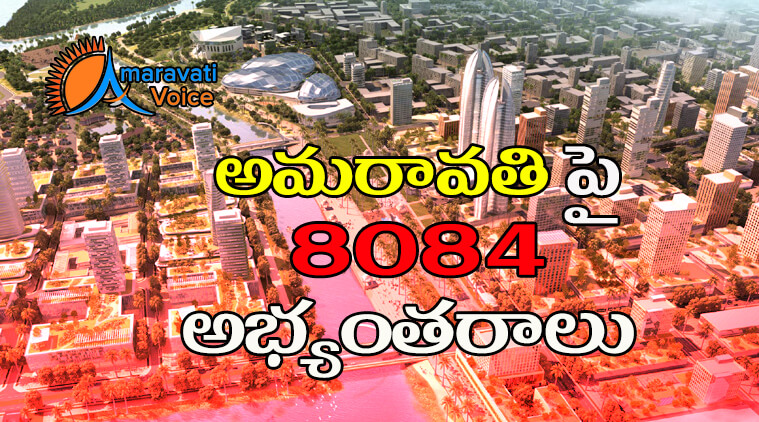 The word Amaravati is turning sensation day by day. Amaravati, the capital city dreamed and designed by TDP government, has now became talk of town after CRDA has finished its process of collecting the opinion from public, for Amaravati master plan as suggested by CBN government.

The results now shocked and through-out the government into defense. The people who are raising their hands against the master plan raised into a huge numbers.

Nearly 8084 objections were raised against master plan and most of them are about Agri zone says sources. The main surprise is most of the people who opposed against CRDA plans were TDP leaders and family members who own lands in the capital area, which is about to develop. The other were farmers who are making their livelihood depending on agriculture and agriculture lands. Most of them stated that govt. must think over this again and take a decision in favor of farmers and people depending on agricultural works said CRDA

Many hundreds of agricultural lands in the twin districts of Guntur and Krishna district were brought under the capital for more than more than 5000 sq km. Considering the suggestions and objections, the chances are high for CRDA to step back on its decision of undertaking Agricultural lands for construction of CAPITAL AMARAVATI. So, lets wait further for decision of CRDA and government on this issue