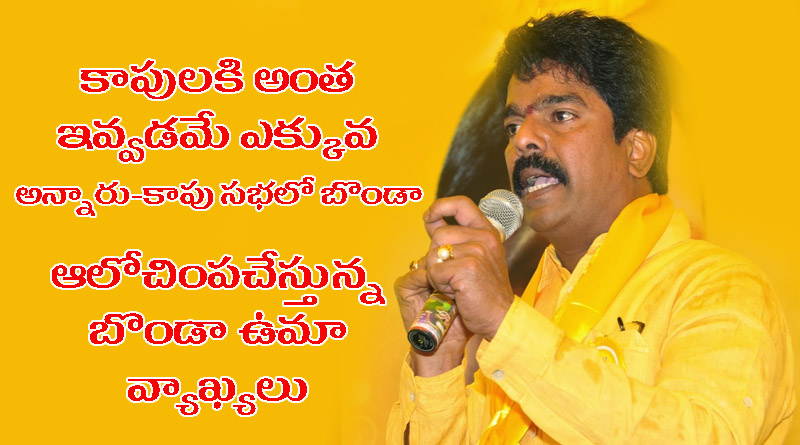 TDP Vijayawada central Mla Bonda Uma, who gained a good name and fame as TDP leader as well as a KAPU leader was trying to explain kapu community about how CM Chandrababu Naidu planned and helped them for their community development. Bonda Uma ,who participated in KAPU  MEGHOMADANA  Sadhassu along with another MLA Thota Trimurthulu said in the past when VijayaBhakar Reddy government issued 5crores to Kapu community many commented it as a huge amount for Kapus but now when Chandrababu granted 1000 crores for this kapu community how should we thank cbn questioned UMA and also explained how CBN is planning to bring up KAPU community. He even added that as per instructions of government he will moving to each district and explain how great and graceful CBN is towards KAPU’s and even will collect the advises of kapu leaders and let government make more efforts for its development promised the leader. Anyhow TDP has found a great leader from KAPU community who can bring up the party said the Kapu leaders who attended the meeting