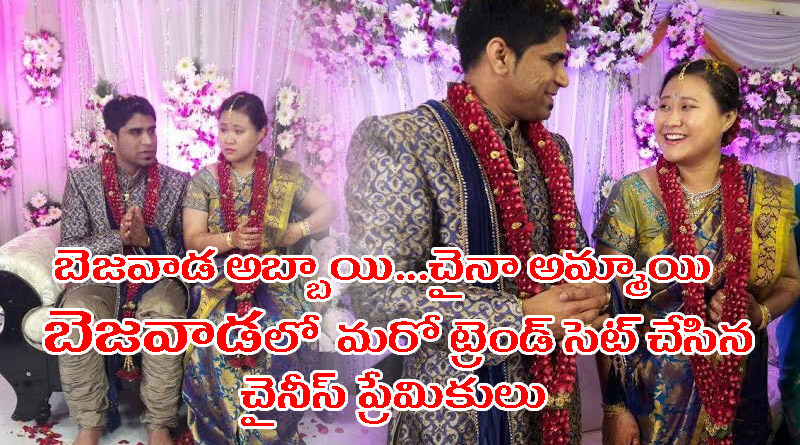 LOVE, has no caste, creed, region and religion proved a pair in BEZAWADA. The two countries joined the two men in love. A boy who visited HONGKONG for his higher studies proved up his commitment towards love by getting married to his LOVE of Hong Kong. Kishan, a young man from Bezawada went abroad to Australia to finish his Engineering and fell in love with a HONG KONG lady. Later they both made their parents to know of their relation and got married at Australia. Later the pair returned Vijayawada and married in traditional Indian culture at GANTASALAPALEM , the native village of KISHAN and then had a great memorable reception at Hotel Midcity in Vijayawada. However the greatness lied in the parents, who agreed for marriage with a foreigner praised the villagers and relations.