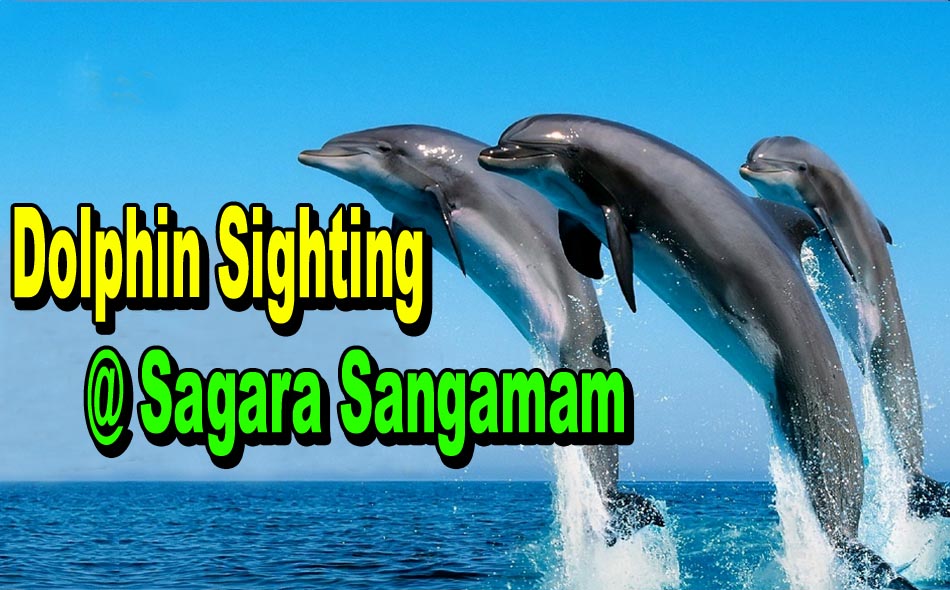 According to an estimate, dolphins can be sighted at the confluence for about 200 days in a year and the timing for sighting varies on a day-to-day basis. But ideally, they can be sighted during evening. Observers say as dolphins like human beings, whenever they find people watching them from the shore, they come closer to them and play, unlike other fish.

This human-friendly attitude of dolphins has come as a boon to the forest authorities, who intend to encourage their sighting at Sagara Sangamam in an organised manner as part of promoting eco-tourism. The forest authorities are working out a plan to take up a study on the movement of the dolphins, their sizes, number and the timing when they come out to the surface water and also their attitude towards the presence of human beings watching them from the shore. Based on the study report, they intend to promote sighting of dolphins and provide requisite amenities for the benefit of visitors at Sagara Sangamam.