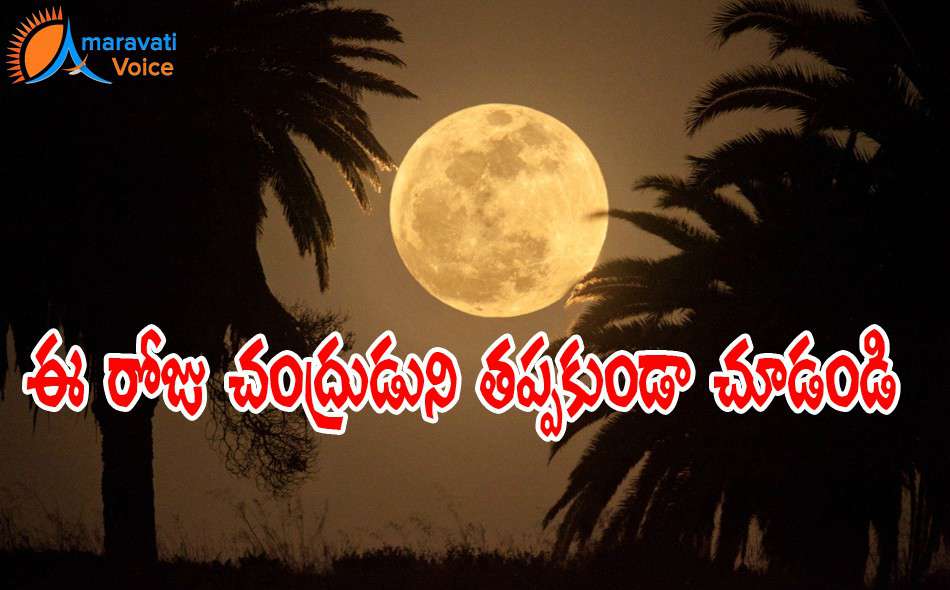 This Sunday night, dont miss seeing the spectacular supermoon, its going to be a reddish full moon. Today is Poornima, but the moon appears to larger than usual and it is called "Super Moon". Also today Moon is going to be reddish and called as 'Blood Moon' or 'Hunter's Moon'

This combined "blood moon'" and "super moon" phenomenon will be visible on Sunday. In reality, it's just the regular full moon, but it appears reddish due to an illusion created by the earth's atmosphere.

And if you miss this time, get ready for November 14th, where the Moon will be closest and largest in 2016. This is also expected to be the largest full moon so far in 21st centuary.