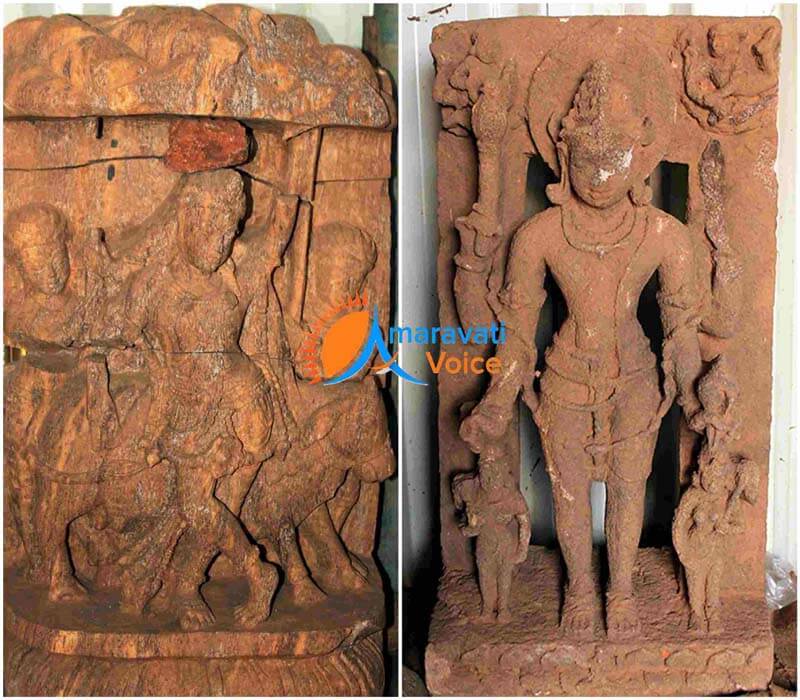 Emani Siva Nagi Reddy, CEO of Cultural Centre of Vijayawada (CCV) has done his research on Sitanagaram Hill, on the right bank of the River Krishna and next to the Prakasam Barrage. Evidence of Buddhist monastery has been found and they are dated to be of Satavahana era in the 1st and 2nd century AD. Recently, while digging the hill for ghat road expansion, they have found idols sculpted by vengi chalukyas, in 11th century. The idols include Vishnumurthi Idol and Idol of Krishna raising Mount Govardhan Giri. Mr.Reddy, appreciated Chinnajeeyar Trust who has protected these images.