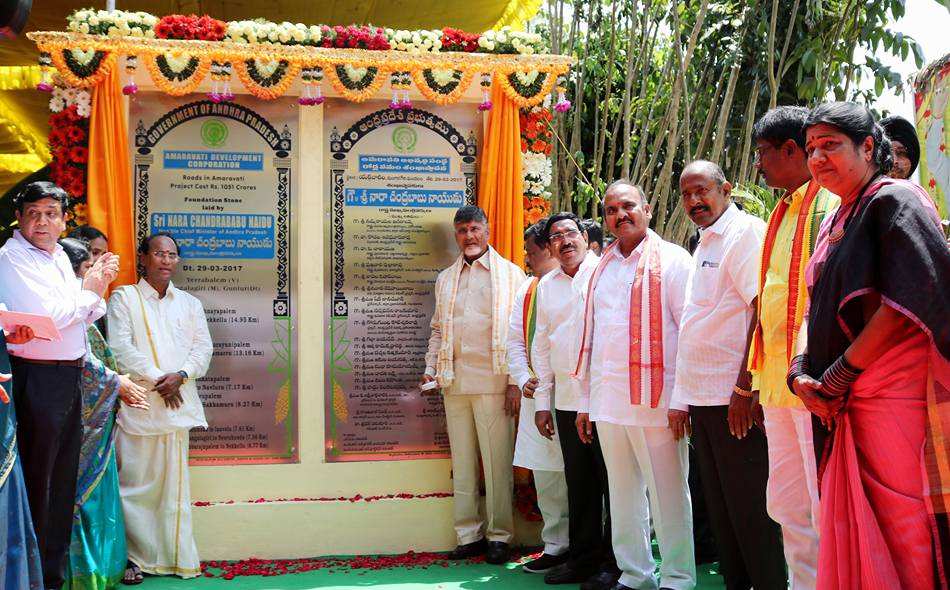 Chief Minister N. Chandrababu Naidu on Saturday said it would have cost the government about 40,000 crore if the farmers had not sacrificed their lands for the Amaravati capital. He mentioned about the construction of nine theme cities and 27 townships. Chief Minister layed the foundation stone for seven main roads on the day of Ugadi.

Mr Naidu spoke while making a Powerpoint presentation to MLAs and MLCs on the designs prepared by Norman Foster and Partners for the administrative city at the Assembly committee hall. He said this was for feedback and suggestions.

A Norman Fosters representative gave a presentation on the designs. He explained how the roads, iconic buildings, riverfront beautification, government core buildings and others, particularly greenery maintenance and pollution control, would be. BJP MLA Vishnu Kumar Raju and a few others got their doubts clarified. Speaker Kodela Siva Prasada Rao, Council chairman A. Chakrapani, TD MLAs, MLCs along with three YSRC MLAs participated in the presentation.