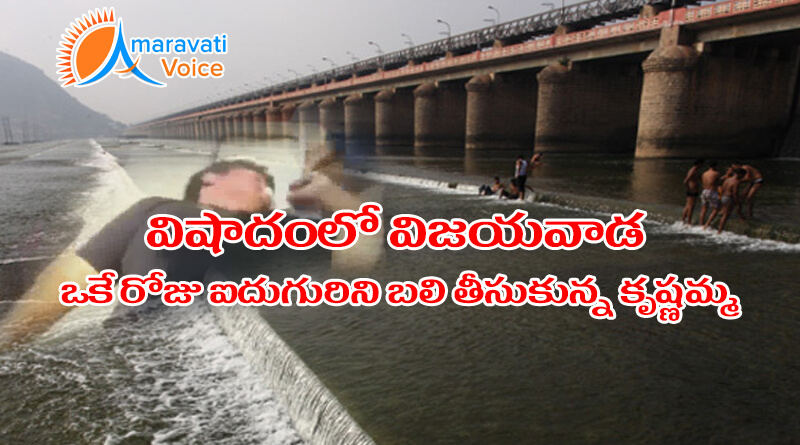 On the day of festival of colors, the capital city mourned with tears. The waters of river Krishna turned red with the deaths of five. A few hours back a woman jumped into back waters of praksam Barrage along with a baby in her hand. The police were shocked to hear the news about death of Siddartha Engineering College Students from a visible distance from the spot where the woman jumped.

Six of the Siddardha Engineering College students met today morning at their houses to enjoy the festival. As planned they kicked off themselves with blast of Laughs and colors. The guys then went into crazy thought of playing in waters of river Krishna.

The young blood moved towards the river and reached Seethanagaram a few steps away from Prakasam Barrage. They played among themselves sometime and then went mad while playing with a bottle which took the lives of three of them. The bottle was kicked into waters and then they all together went into river to recollect bottle where one lost control and then slowly remaining were dragged and fell losing control. However two managed to come out and saved one where the remaining three were left to heavens. The students rang up ambulance which declared that they were no more.

This made the students and people of Vijayawada feel sad as five were drowned into river on the same day. A few months back three inter college girls who left college for friends enjoyed at waters and were found drowned at same spot said people.