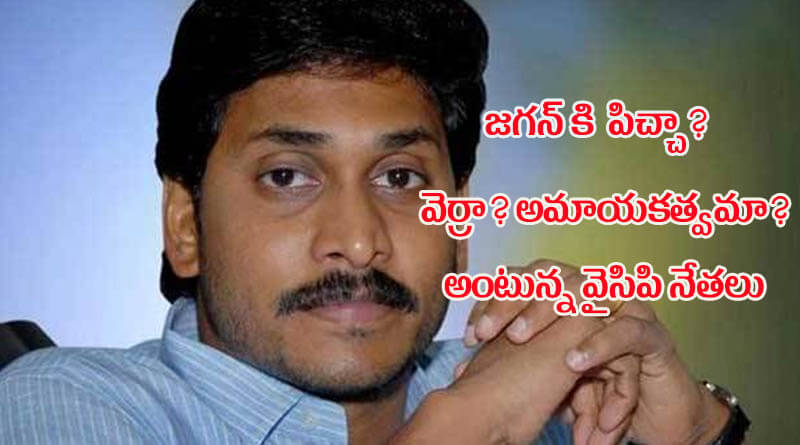 People do things out of either innocence or over confidence, but few behind these does things in madness and thinking more over themselves. Here the leader of opposition of Andhrapradesh is creating confusion among his party followers with his behavior.

Many YSRCP leaders and followers are wondering why Jagan Mohan Reddy,leader of the opposition and president of YSRCP, is allowing praises , flatters around him and falling into their trap. Even on Ugadi forecast readings held a few days back, many were surprised at Jagan enjoying the words of astrologer Marepalli Rama Chandra Sastry, who compared Jagan as South Indian political super star and that too when two more of YSRCP MLAs are planning to join the ruling TDP at that time.

Many are of the opinion that such flattery is not suiting anyone and infect embarrassing all as these tricks may work at time of elections but not at times of critical times as people of state are watching the event and the news scrolling bellows the event says that two more mlas to shock jagan People are wondering whether has fallen into trap by over estimating himself or was acting as fool to make people under estimate him. However today people of state after watching jagan at ugadi event started to treat him as a fool says few ysrcp leaders