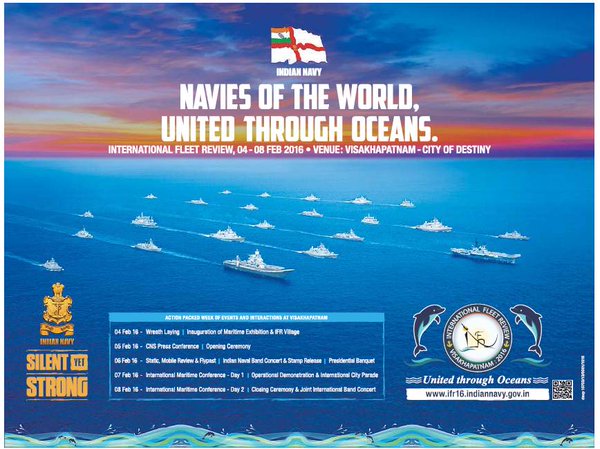 A Fleet Review is an assembly of ships at a pre-designated place for the purpose of playing respects to the sovereign of a nation and to display their commitment to him. In turn, the sovereign by reviewing the ships reaffirms his faith in the fleet and its ability to defined the nations maritime interests.

How are they doing it ?