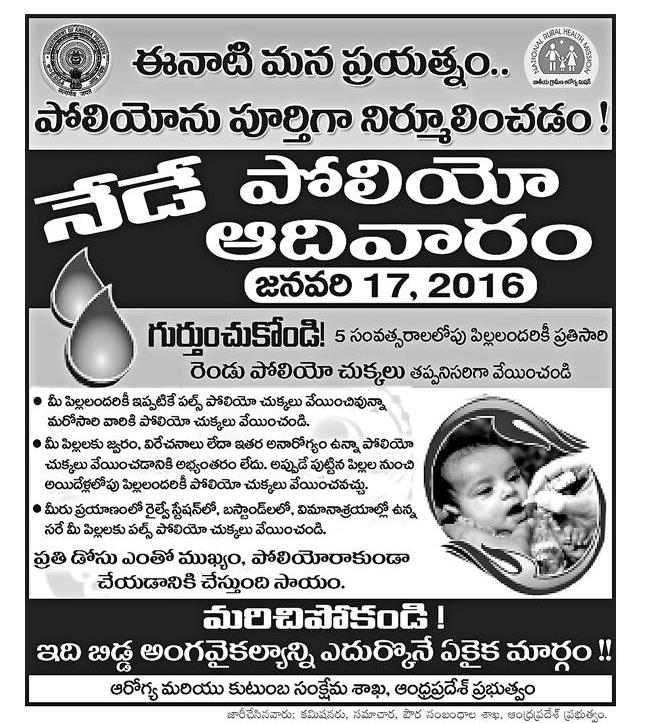 Pulse polio campaign will be held from today on, January 17. Preparations regarding the same have already been made across Krishna and Guntur District. Around 2,560 centers are set up in Krishna district. It is estimated that 3.9 lakh infants would be covered

Children below five years of age can visit one of the 2,560 centers set up in Krishna district to get the infants immunised under the Pulse Polio programme on Sunday. 90 mobile teams have also been deployed to administer the vaccine to children at railway and bus stations. The vaccination of infants at the Pulse Polio centers will be followed up on January 18 and 19 during which the workers will go door-to-door to administer the vaccine. The workers will again search for children below five years of age who are left uncovered by the drive on January 20.