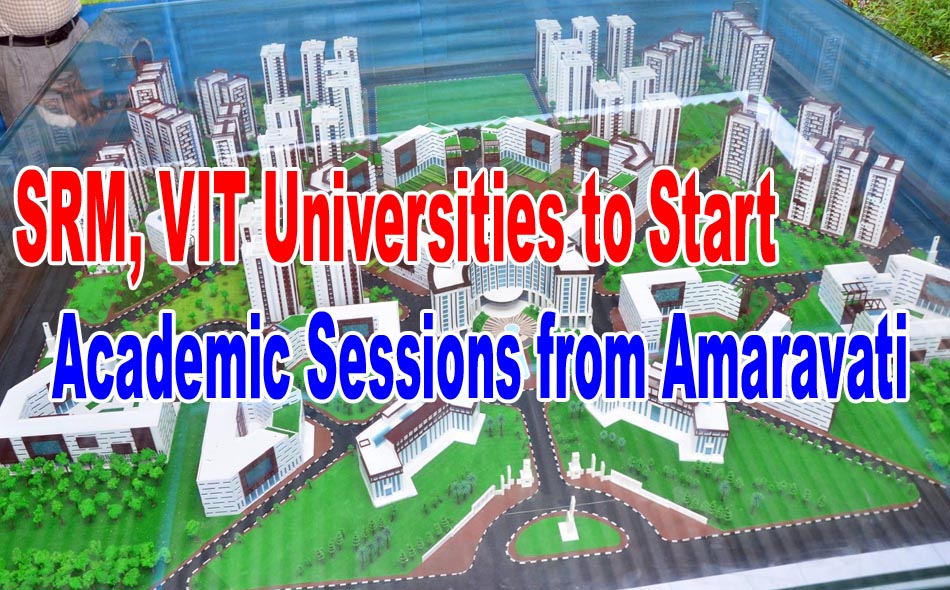 Municipal administration and urban development minister P. Narayana Said that basic infrastructure would be provided to all the institutions being established in the Amaravati Capital city along with Water resources and power supply needed. Mr Narayana along with CRDA Commissioner Ch Sridhar had monitored the construction works progress of SRM and VIT Universities, and Opined about completing the works at the earliest.

While speaking to the media, Mr Narayana said Amaravati is the stage for international and national standard institutions and will be the destination point for all education, health and employment Opportunities. Mr Narayana said that Amaravati will be economic growth engine and even mentioned about efforts in attracting few international institutions.