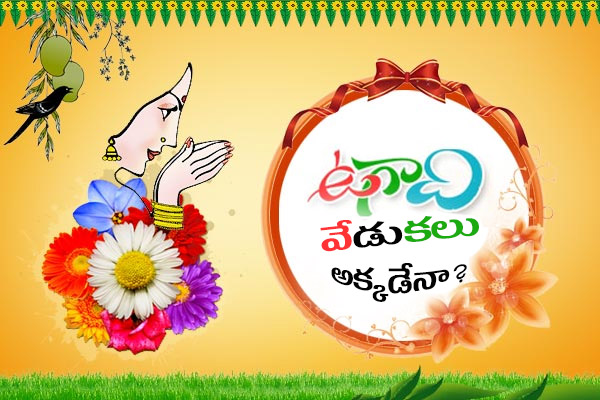 Ugadi,Telugu New Year's Day which is auspicious for people of the Deccan region of India covering Andhra Pradesh is considered to be one of the best days.On this auspicious day our government used to celebrate it with special programs. In Hyderabad before division of state special programs was held in Ravindra Bharathi. After the state was divided , Ugadi first telugu new year was celebrated near Amaravati in the presence of Lord Venkateswara in Vykuntapuram.

Last year it became difficult for government officers to manage for celebration of Ugadi. This year Andhra Pradesh government has not yet declared the place where the celebrations of Ugadi are going to held. Some people expecting the celebration in Tullur and some near Vijayawada at Tumalapalli cultural academy.

Ugadi in 2016 will be observed on Friday, 8th April to which not even 10 days was left to blast celebrations of festival. To prepare arragements for festival and send invitations to People’s representatives, Businessmen and other VIP’s itself takes more than a week says planners. Officers has not yet decided the place , which made people think that the celebration for this year will be postponed ?.One of the A.P officer stated that a press note will be released soon clarrifying issues of where to celebrate this telugu new year and the place where events which reflect telugu culture and nature attracting every one who visits. So, now lets keep looking forward for the note that declares of the event.