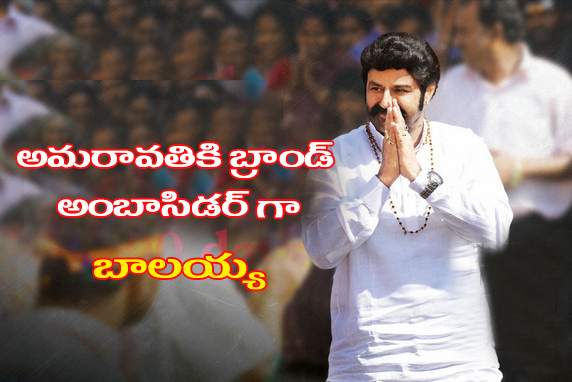 As per close associates of Government CM Chandrababu planned to select Nandamuri Balakrishna , Hindupuram MLA, film star and the only political heir of TDP founder NTR as brand ambassador for Amaravati. Balayya who now turned to a politician is busy with his constituency and was moving all over the state communicating with people of all cadre to know the position of state and was even playing a key role in government. So selecting Balayya may help government even to increase its popularity as Nandamuri party and even the craze of Balakrishna as film star helps more to attract all. So soon there will be announcement regarding this issue.