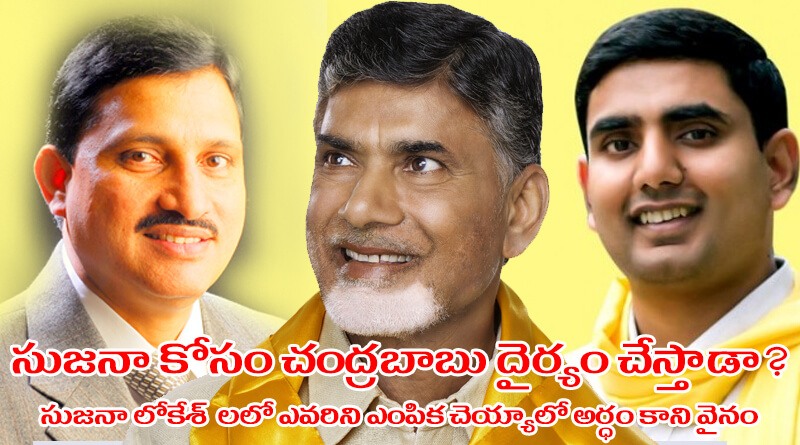 Sujana Chowdary who is famous in TDP of both states for his political mind settlings and as right hand of TDP chief, Andhra Pradesh cm Chandrababu Naidu has been facing problems as known to all of us.
Now, the question raised in minds of political circles remained calm and sensation which made everyone eagerly look at CBN. Will sujana get Rajyasabha seat again?

This remained a million dollar question right now in political circles. It is known that Sujana was facing legal problems from the past time and now as the time period of Sujana's Rajyasabha seat is about to end will CBN extend his period or take up his son in place of Sujana and let him turn central minister turned sensation.

Will Sujana Chowdary Gets Rajyasabha Seat Or Lokesh Replaces Him ? Last Updated: 09 April 2016