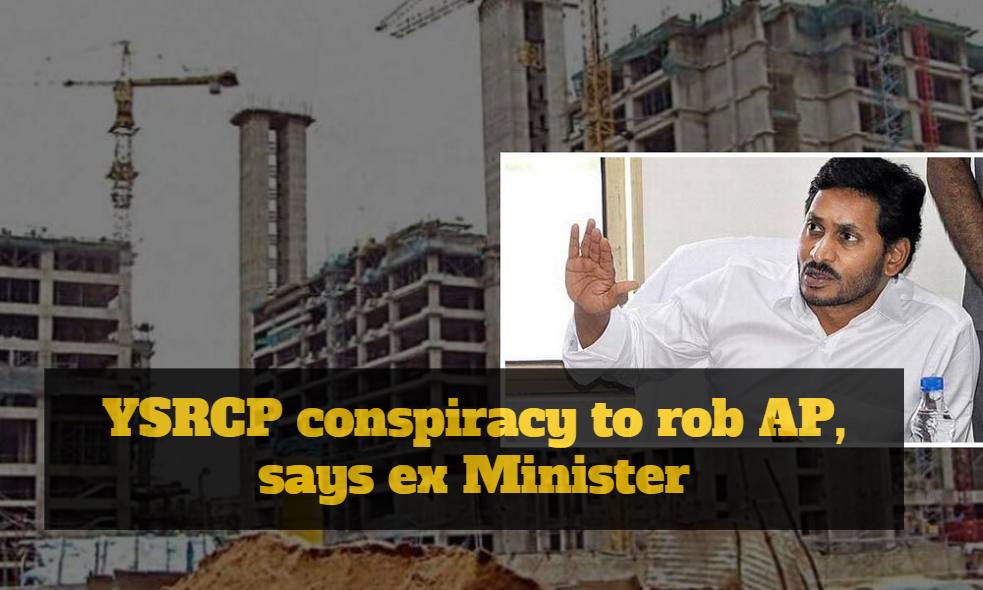 AMARAVATI: TDP former Minister Nakka Ananda Babu on Thursday strongly objected to the YSR Congress Party Government's move to sell state lands in the name of 'Build AP' programme without having any concrete plans for bringing in development. He wondered how this Government could sell lands at a time when the Coronavirus epidemic lockdowns have caused financial distress everywhere and real estate values have touched rock bottom with no transactions taking place anywhere.

Addressing a virtual press conference here, the Telugu Desam Party leader said that a prime piece of land belonging to the labour department in Guntur city was allotted for construction a new division of the Government General Hospital there during the previous TDP regime. But now, the same land was put up for sale by YSRCP without any consideration for rising health needs of the people. Mr. Ananda Babu accused the Jaganmohan Reddy Government of hatching a conspiracy to loot prime Government lands under Build AP and already some lands were being soled in Visakhapatnam and Guntur. The ruling party leaders' game plan was obviously to take over ownership of these prime lands in the names of their benamis. From Volunteers to MLAs and Ministers, all YSRCP leaders were now busy looting Andhra Pradesh in every way possible.

The TDP leader said that the ruling party leaders have been making huge money by plundering sand, liquor, soil and mines, and they were now bent on snatching away prime properties of the Government all over. In villages, local residents were being terrified by YSRCP miscreants who were looting sand by shifting hundreds of lorry loads everyday and threatening locals if they try to confront them. The ruling party was committing all this corruption in the name of welfare but so far even the Navaratnalu promises were not fulfilled to the people.