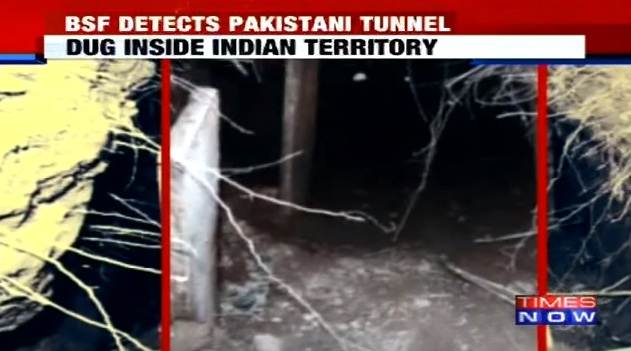 The discovery of a 30-feet-long and 10-feet-deep tunnel running through the Line of Control in Jammu and Kashmir's RS Pura sector has come as a real shocker to the Army. The Border Security Force or BSF says the tunnel was built for terrorists to infiltrate into India. "An attempt has been made to dig a tunnel from Pakistan side into India, with an aim to push arms and terrorists into Jammu city