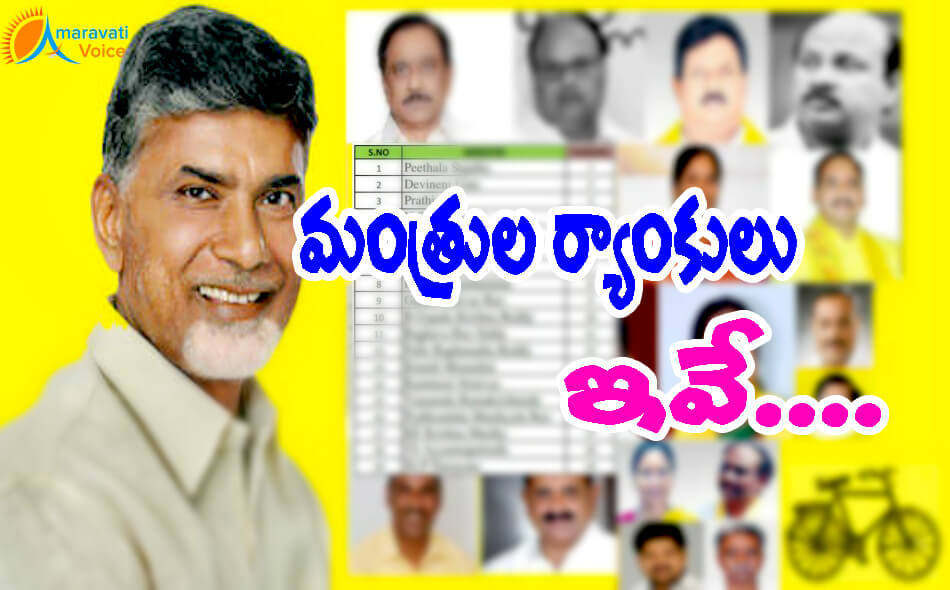 Chief Minister N. Chandrababu Naidu in the Cabinet meeting yesterday surprised everybody by giving rankings to his Ministers based on the performance.

According to the sources below are the rankings 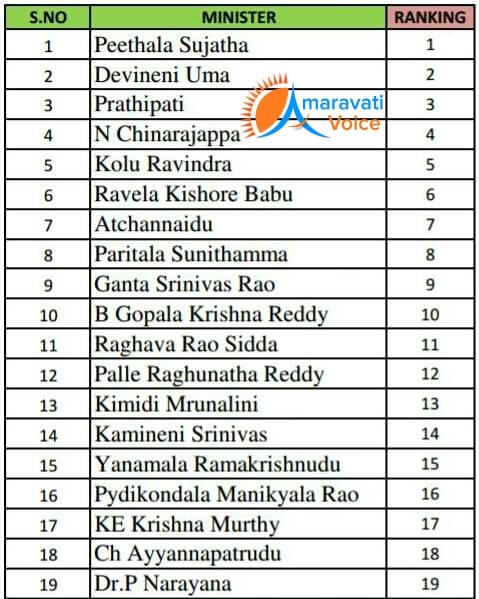