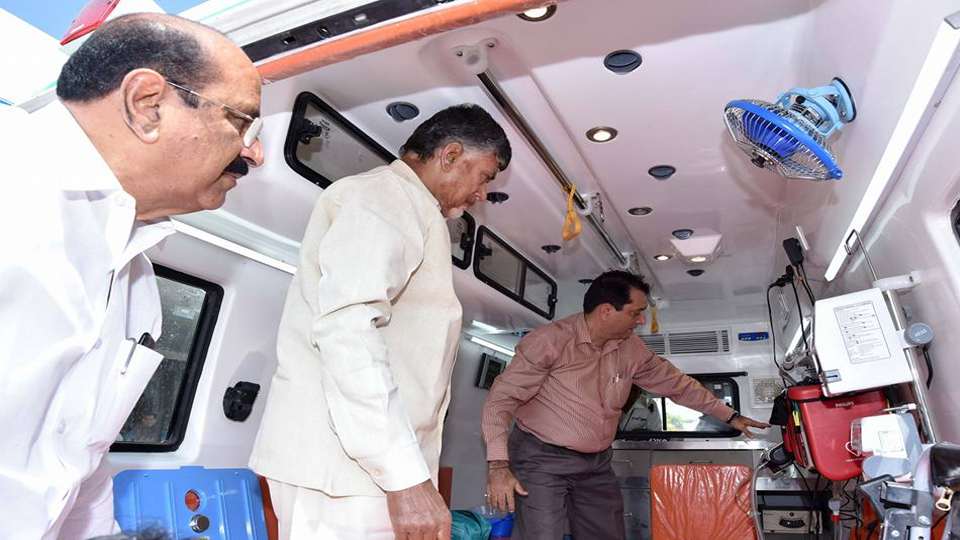 Health Minister Kamineni Srinivas said that as many as 76 new advanced ambulances are being introduced to extend services in the 13 districts and said each ambulance cost is Rs.36 lakh while 38 services are available along with advanced equipment.

Nearly every five lakh people has been provided one ambulance, he said and added that tele-medicine services would be available soon. Union Railway Minister Suresh Prabhu would present another 13 ambulances along with existing facility. Minister Devineni Uma Maheswara Rao Rao and senior official Poonam Malakondaih and several officials were also present.