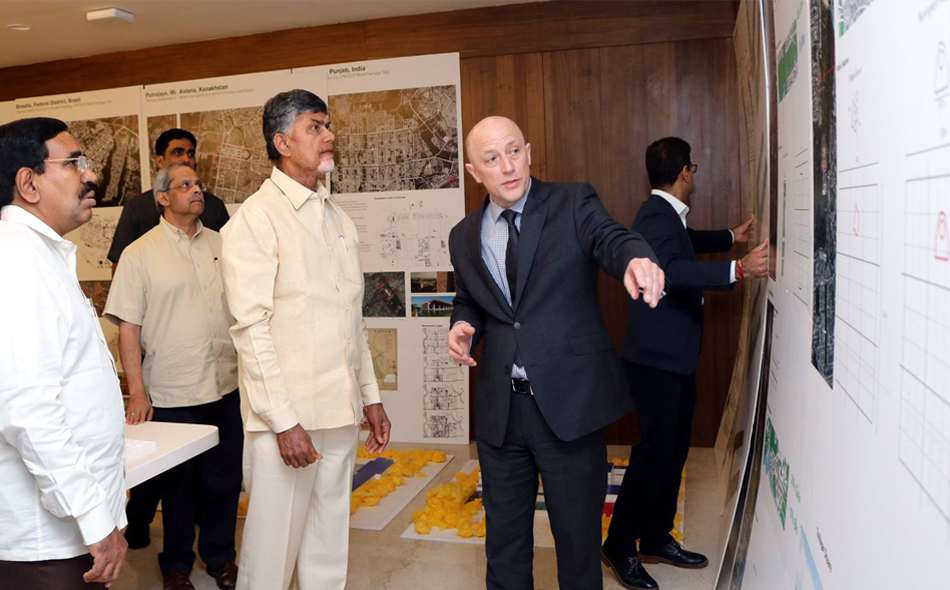 Representatives of the Norman Foster Company on Wednesday submitted designs for the Administrative City in the new capital to Chief Minister N Chandrababu Naidu. The engineers' team from the Company met the Chief Minister at the interim Secretariat complex at Velagapudi.

They submitted three designs for the Administrative City which will come up in 900 acres. The three models have been handed Over to the Chief Minister. Out of these models, Chandrababu Naidu and other experts will finalise One model. Assembly building, High Court, CM's office, Raj Bhavan and buildings for Ministers would be constructed in the Administrative City. Municipal Administration Minister P. Narayana and CRDA Commissioner Ch Sridhar were also present.