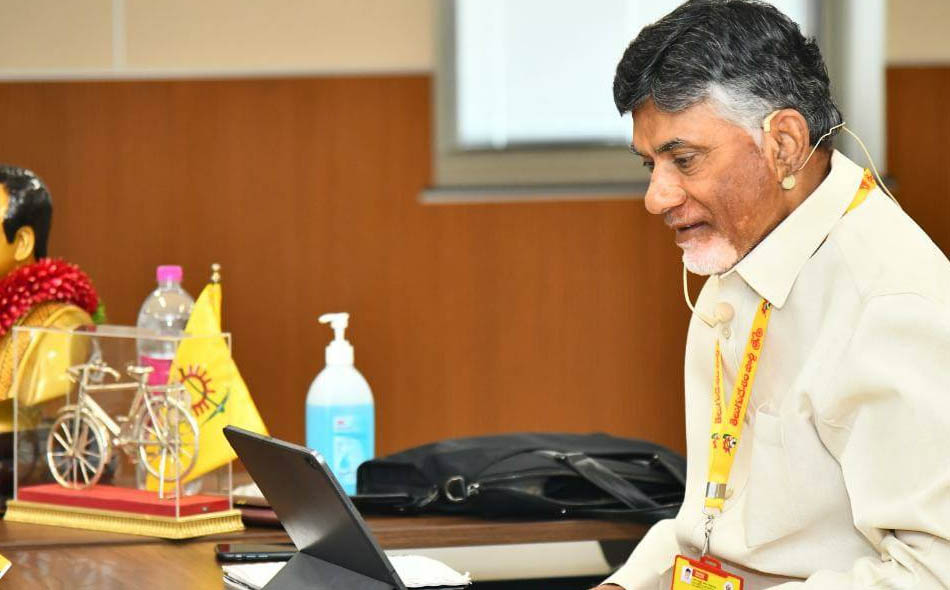 AMARAVATI: Telugu Desam Party National President and former Chief Minister N Chandrababu Naidu on Wednesday blamed the Jaganmohan Reddy Government's 'inefficient and atrocious' rule for the steep decline in the overall growth rate of Andhra Pradesh.The TDP chief recalled how Jagan Reddy's chaotic regime has driven away investments not only from AP but from India as a whole. YCP leaders' atrocities and highhanded behaviour have made even the national media refer to Andhra Pradesh as 'Bihar of South' in terms of lawlessness. Some were even calling YCP unlawful activities as 'Government terrorism' in AP.Mr. Naidu said in a tweet here AP witnessed rapid strides in development under the previous TDP rule though there was Rs. 16,000 Cr deficit budget due to State bifurcation. Successively for five years, the State recorded double digit growth rate and became a favourite destination for both domestic and global investments.Stating that TDP turned AP into a number 1 state, the former CM said his five-year rule helped the State get 667 awards for its brilliant performance in different sectors. From that peak level performance and achievements, Andhra Pradesh has now fallen down and being mocked nationally and internationally for its 'useless and helpless' regime.Mr. Naidu deplored that for the sake of their shares and collections, the ruling YCP leaders have harassed and chased away the investors. Once, AP used to be a major attraction at the Davos Economic Forum but now it is seen as no safe haven because of government harassment and bullying victimisation.The TDP chief asserted that the people would be safe and happy only if the rulers behave responsibly in accordance with the laws of the land. The State as a whole would become a 'laughing stock' in the eyes of the world just for the inabilities and inefficiencies of the elected present day rulers.Mr. Naidu tweeted a video which highlighted contradictions between Chandrababu's development-centric rule and the present anti-growth and anti-investment regime of Jaganmohan Reddy. Thanks to vision and statesmanship of Mr. Naidu, the World Bank announced Rs. 3,324 Cr financial support to Amaravati Capital City construction but the global bank has withdrawn from the massive project after Jagan Reddy took over the reins of the government. Also, the Asia Infrastructure and Investment Bank (AIIB) objected to Jagan Reddy's autocratic reviews and withdraw Rs. 1,380 Cr support to different projects which were in various stages of construction and development.The video recalled how multi-national companies made a beeline to make investments in Andhra Pradesh on seeing the manner in which Chandrababu Naidu was shaping the State by making it number one in 'Ease of Doing Business'. After 2019, the scene has reversed and even the national media passed critical remarks how a prime accused in money laundering cases became Chief Minister for Andhra Pradesh.