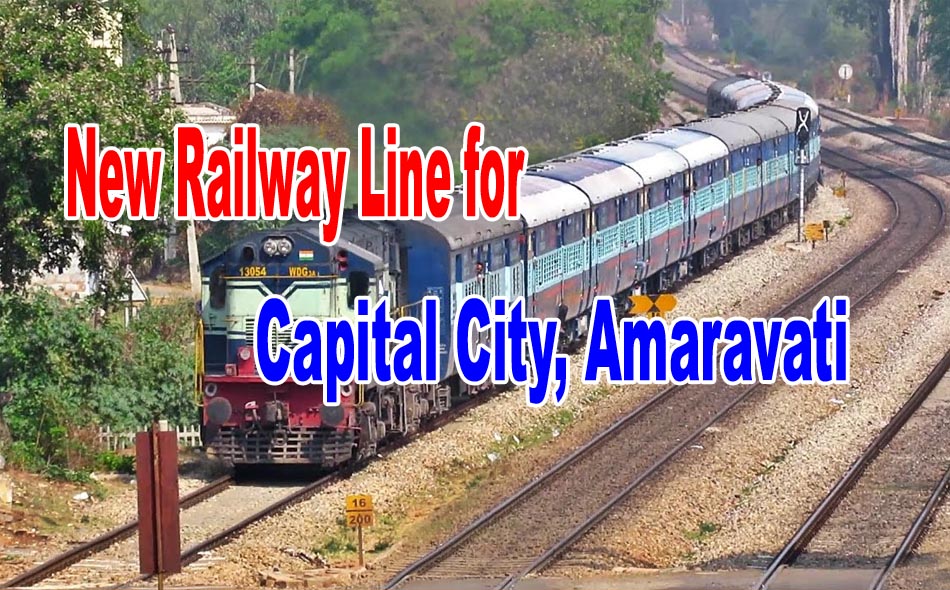 He asserted on the need for new railway line to the new capital Amaravati and assured about cooperation to AP towards construction of Amaravati railway line Connecting Vijayawada and Guntur.