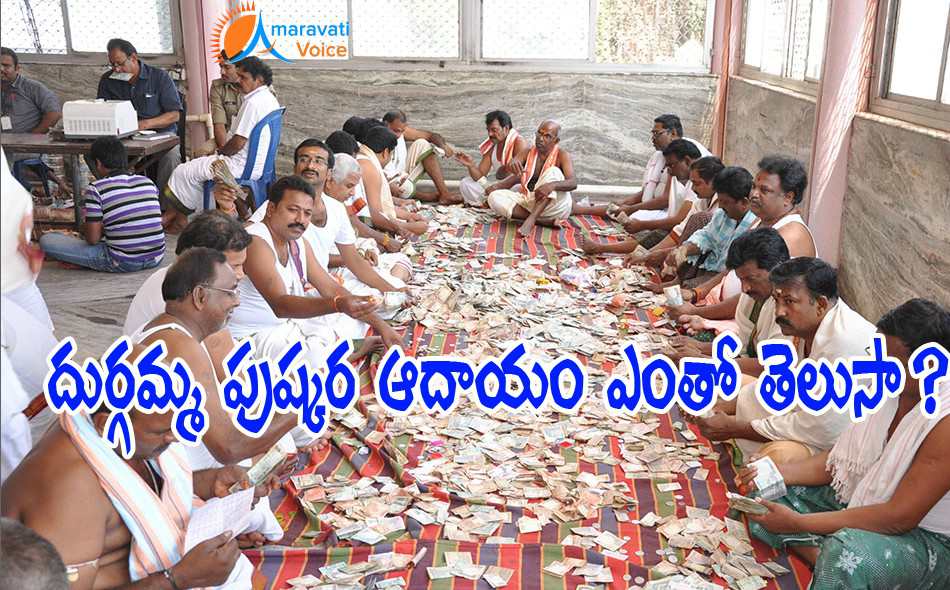 Sri Durga Malleswara Swamy temple atop Indrakeeladri has earned an income of Rs.4 crore through hundi offerings from pilgrims during the Krishna Pushkaralu. Rs.4,00,00,099/- has been collected in 44 hundies and 10 cloth hundies.

Durga temple executive officer A Surya Kumari, who oversaw the counting of hundi offerings, said on Thursday that 113 grams of gold and 1.8 kg of silver were also received. Lakhs of pilgrims visited the temple during the 12-day river festival.