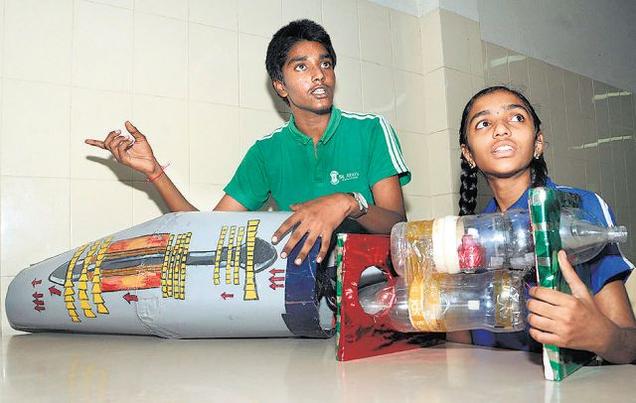 Y. Navadheer and P. Laya of St. John’s English Medium High School, Gunadala, Vijayawada, invented a model which reduces sound pollution generated by flights while landing and take-off. Participated in The Hindu ‘Young Scientist’ contest, these were among the 64 finalists. There are 25 stages in this selection and Navadheer has crossed 17 stages in a span of 10 months

Navadheer used to visit Gannavaram Airport and understand the sound pollution generated by an aircraft while landing and take-off. He realised turbo fan in the flight is responsible for the noise.

Navadheer’s classmate P. Laya assisted him in the project, under the guidance of physics teacher Mr.P.V.H.S. Brahmam