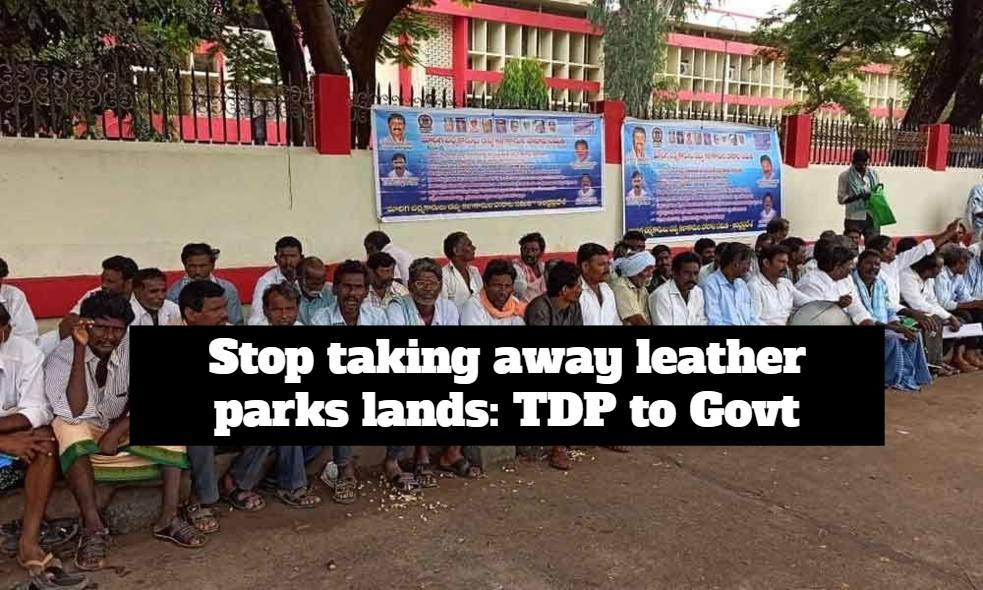 AMARAVATI: TDP leader and former minister K.S. Jawahar on Saturday expressed concern over the YSR Congress Party Government acquiring lands of leather parks without any consideration to support the livelihoods of leather workers in the state.

He demanded that the Government immediately withdraw its efforts to snatch away over 752.90 acres of lands given to leather parks by Leather Industries Development Corporation of AP (LIDCAP) all over the state.

Addressing a virtual press conference here, the TDP leaders deplored that from day one, it has been a single point agenda for the YSRCP Government to take back the assignment and inam lands in order to make dalits landless poor once again. Now, the leather parks' lands are being targetted. Already, 35 acres out of total 75 acres land of leather park at Adigoppula in Durgi mandal was being snatched away in the name of distribution of house sites.

Mr. Jawahar asked dalit leaders in ruling party to give explanation for all this and they should clarify why the Government has failed to give skill training to dalit workers for the sake of their permanent livelihoods. By spoiling leather parks and by taking away assignment lands, the ruling party leaders were attacking self-respect of dalits as a whole. Leather workers JAC leader Nageswara Rao has appealed for protection of leather parks but no action is being taken in this regard.

The former minister deplored that on the Kakinada coast, even the creeks were being filled with soil and mangroves were being destroyed in the name of giving house sites to poor families. The Government should stop such anti-dalit activities and make concerted efforts to provide skill training and livelihood opportunities for leather workers. The TDP would not keep quiet and it would launch an agitation to stop any further destruction of dalits' opportunities by YSRCP.