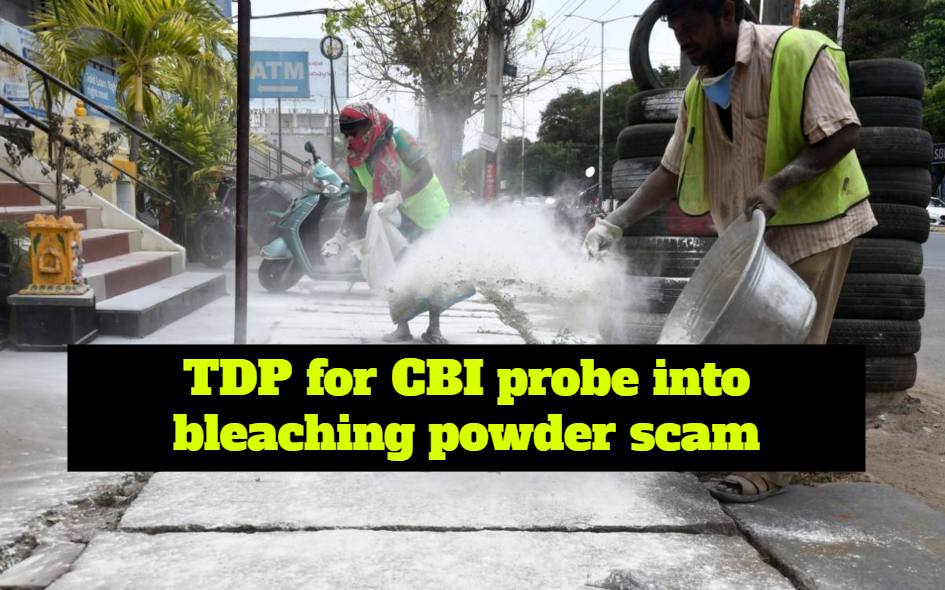 He welcomed Guntur District Collector for ordering an enquiry into the reports that the scamsters supplied lime powder in place of bleaching powder to East Godavari, Nellore and Krishna districts and also to netighbouring Telangana state. Some colours were mixed with lime powder to make it look like bleaching powder.

Addressing a virtual press conference here, the TDP leader demanded that the Central Bureau of Investigation should probe the scam since it has spread over two states and considering reports of involvement of the ruling party leaders in AP. At a time when the whole country was making sacrifices to save lives from Coronavirus epidemic, the gangsters pushed people's lives into risk by undermining virus preventive measures in towns and villages. "This is a breach of trust. Cases of treason should be filed against the guilty persons for betraying the country in such a crucial time."

Mr. Srinivasa Rao also demanded that the officials probe into how a limestone factory in Piduguralla was burnt down just a few days after enquiry was launched into bleaching powder scam. It came to surface only after local officials in East Godavari complained to District Collector there about spurious bleaching powder. East Godavari Collector in turn informed the same to Guntur Collector who then initiated an inquiry. It is an offence against the country's struggle against Coronavirus and the CBI should probe it. The ruling party leaders were making a mockery of India's virus preventive measures in every way possible.

The TDP leader said that the YSRCP Government has turned 'Build AP' into 'Sale AP' drive in order to grab prime Government lands and public properties in District Headquarters towns and municipal corporations. People would revolt if the the ruling party continues to plunder the state in a unprecedented manner.