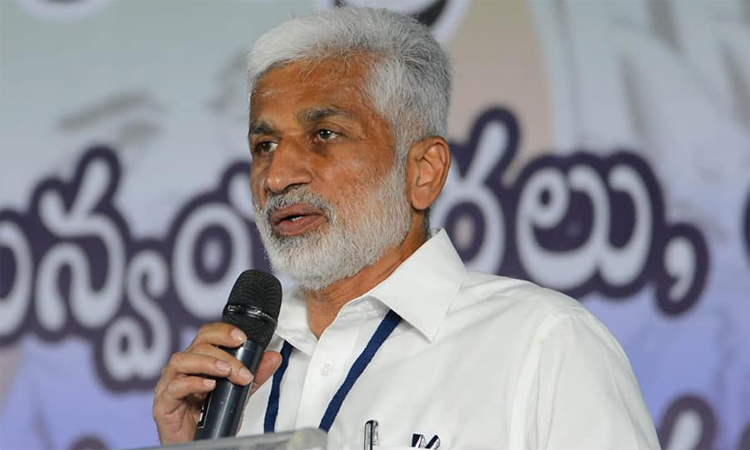 AMARAVATI: TDP senior leader and MLC P. Ashok Babu on Monday advised YCP MP Vijayasai Reddy to sort out his problems within his own party rather than blaming the Opposition TDP with baseless allegations even in regard to defamatory social media posts against the judges.

The TDP leader asserted that the AP Assembly should be put in a state of suspended animation considering the lack of control on the 'chaotic rule' of CM Jaganmohan Reddy. He reminded that even the Bharatiya Janata Party was demanding these days the outright dismissal of the YCP government for its multifarious failures.

Addressing a virtual press conference here, the TDP MLC also demanded a CBI investigation into the derogatory social media posts and comments against judges of AP High Court and Supreme Court by the YCP activists, leaders and sympathisers. It is high objectionable that Vijayasai was talking in defence of his party leaders regardless of the fact that they made a serious mistake by passing personal comments against the judges.

Mr. Ashok Babu said that Mr. Vijayasai Reddy was no longer talking in his former authoritarian and highhanded voice which was raising further doubts whether he had slipped form his number two position in his party. From the position of behaving like a number 2 CM in the party, Vijayasai is now saying that he would continue in YCP and that he would look after the welfare of party social media activists. In that case, Vijayasai would be held responsible for all the defamatory posts being placed by YCP activists against opposition parties and even the courts.

The TDP asked YCP MP to explain why the opposition sympathisers were made to spend 15 to 20 days in jail for just making mild political comments like rice being distributed by the government is not good and the like. YCP allegations on SEC Ramesh Kumar will not stand in the courts. Ramesh Kumar was defending his own rights and never acted like a TDP activist whereas the DGP was behaving like a YCP activist for which the Government should give explanations to the people.