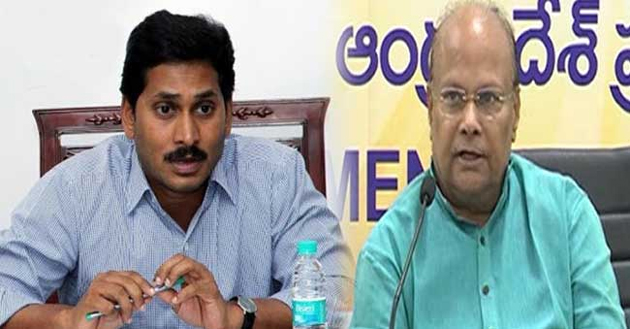 Opposition Leader in AP Council and former Finance Minister Yanamala Ramakrishnudu on Thursday strongly objected to the YSRCP celebrating completion of its one year rule in a big way though there were no achievements to its credit to deserve such celebrations.He said that while the people were suffering on all fronts, the YCP leaders have begun celebrating for apparently spreading Coronavirus during lockdown, for cancelling popular programmes like Anna Canteens and for not keeping its Navaratnalu promises.In a statement here, Mr. Ramakrishnudu demanded that the YCP Government publish a white paper on the revenue and expenditure on welfare programmes since it was claiming to have fulfilled 90 per cent promises in its manifesto. Comparative figures on state finances and per capita income for 2018-19 and 2019-20 should be given. YCP should give clarify how much was spent on infrastructure, Navaratnalu and each welfare programme.He deplored that YCP one year rule was marked by demolitions, atrocities, betrayals and cancellations. Instead of preventing Coronavirus, YCP leaders took out rallies, flower showerings, public meetings and door to door campaigns which only triggered further virus spread.The TDP leader said that without any achievements to its credit so far, the Jagan Reddy Government was celebrating 'Varotsavalu' from May 23 and its one year rule festival from May 30. Was this a time for holding celebrations? After causing problems like opening liquor shops in virus lockdown, the YCP was celebrating in a fascist manner. Ammavadi was denied to 40 lakh people and another 40 lakh farmers were not given Rythu Bharosa.Mr. Ramakrishnudu said that BC, SC, ST and Muslim minorities were betrayed while mangroves were felled in seacoast and YCP looted Rs. 400 Cr in 'Aava' lands. He asked whether the one year was being celebrated for putting Rs. 80,000 Cr loans burden on the state. Untold harm was done to AP because of stalling of Amaravati Capital City and Polavaram lifeline project. The Government should tell facts on unproductive expenditure and misuse of thousands of crores of public money. The YCP should clarify on what assets it had created in the last one year.Expressing concern over YCP policies, Mr. Ramakrishnudu said that the one year rule began with demolition of Praja Vedika and the destruction spree continued nonstop. In the name of Judicial Capital, Kurnool was plunged into Coronavirus crisis. Visakhapatnam people were lured with Administrative Capital but they were harmed with toxic vapours that put thousands of people in danger. Even irregularities were freely committed in virus preventive measures as well. Corruption was rampant in kits, masks, bleaching power, sand mining, lands and everywhere.Mr. Ramakrishnudu said that instead of holding celebrations, YCP should do brainstorming on Jagan Reddy's demolitions and the unchecked looting that went on and also on land grabbings and false cases against opposition parties and general public. Bus charges were collected from even migrant workers without considering their plight.