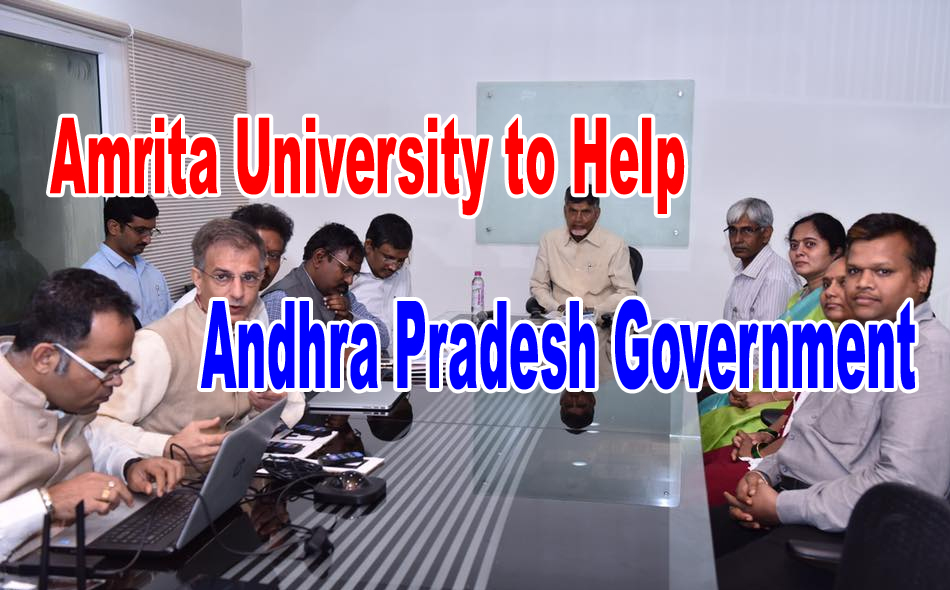 Amrita University came forward and extended its support to Andhra Pradesh Government with issues relating to cloud management and mission learning. Representatives of the university are willing to provide their technology to the government in various issues.

During a meeting With Chief Minister N Chandrababu Naidu at his residence on Monday, representatives of the university gave a presentation about the technologies developed by them. Naidu directed officials to implement the technology in all Universities and engineering Colleges in the State, on a pilot basis to conduct exams.

He also asked the university to implement digital teaching in all the 4,000 digital classrooms in the State and to set up surveillance cameras in all classrooms to monitor the conduct of examinations. 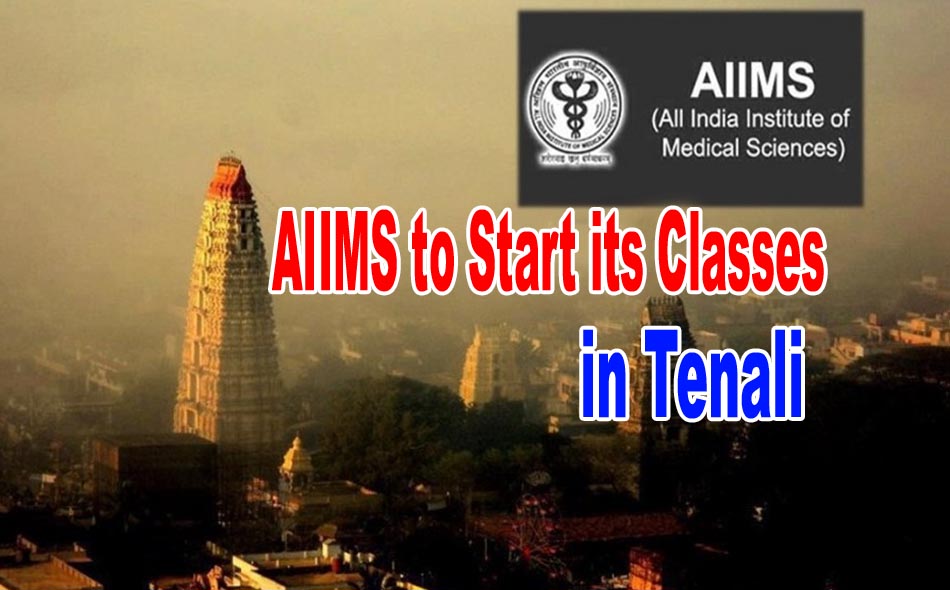 The All-India Institute of Medical Sciences classes will start soon at Tenali in Guntur district. AP Medical and Health Infrastructure Development Corporation chairman R. Laskhmipathi said at Guntur on Sunday that the government is making arrangements to start the AIIMS at Tenali.

He said that construction of AIIMS buildings was under progress at Mangalagiri. Hence the AIIMS would function from Tenali till completion of buildings.

Addressing a press meet, he said that new buildings would be constructed for all primary health care centres with all basic amenities offering good medical and health services to the public. 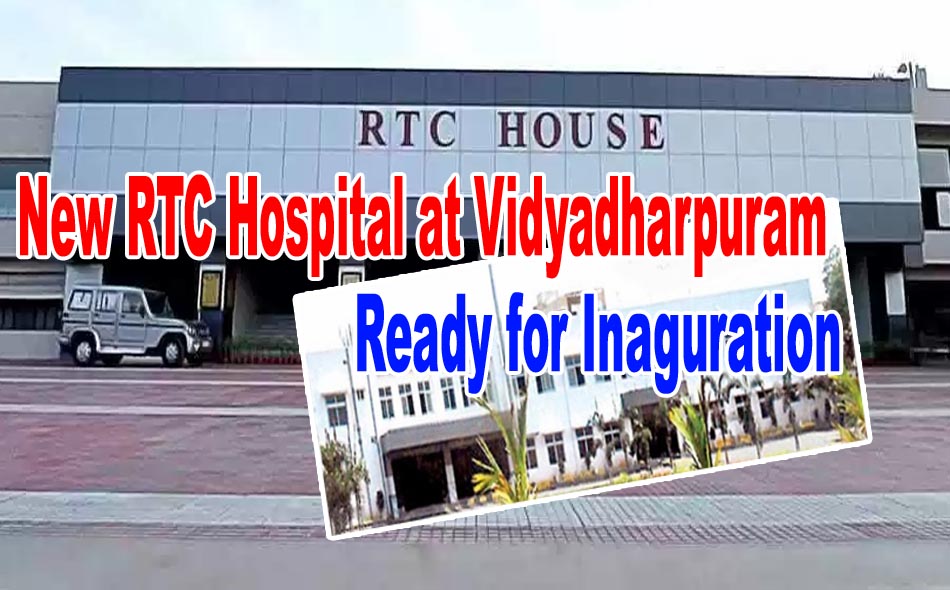 The long-pending demand of APSRTC employees for a super specialty hospital in the city like the Tarnaka Hospital in Hyderabad has been fructified. According to APSRTC officials, Transport Minister K Atchannaidu will inaugurate the hospital developed with state-of-the-art facilities at Vidyadharapuram area in the city on June 28.

The G+1 storied central hospital was constructed on a 3-acre site at an estimated cost of Rs.15 crore, collected from employees at the rate of Rs.100 per month. It may be recalled that former APSRTC MD N Sambasiva Rao had laid the foundation for the hospital on March 10, 2016. The corporation had entrusted the task of building the hospital to its own engineering department. Around Rs.15 crore was spent by the corporation, Rs.7 Crores for building and Rs.8 crore for equipment.

In last two years, majority of the employees faced a lot of in-convenience as they had to travel all the way to Tarnaka Hospital in Hyderabad for medical treatments. Now, with Construction of the hospital, close to 70,000 employees of the Corporation and their family members will be benefited. The hospital would be equipped with Cardiology, gynaecology, ophthalmology, ENT other departments with advanced technologies. 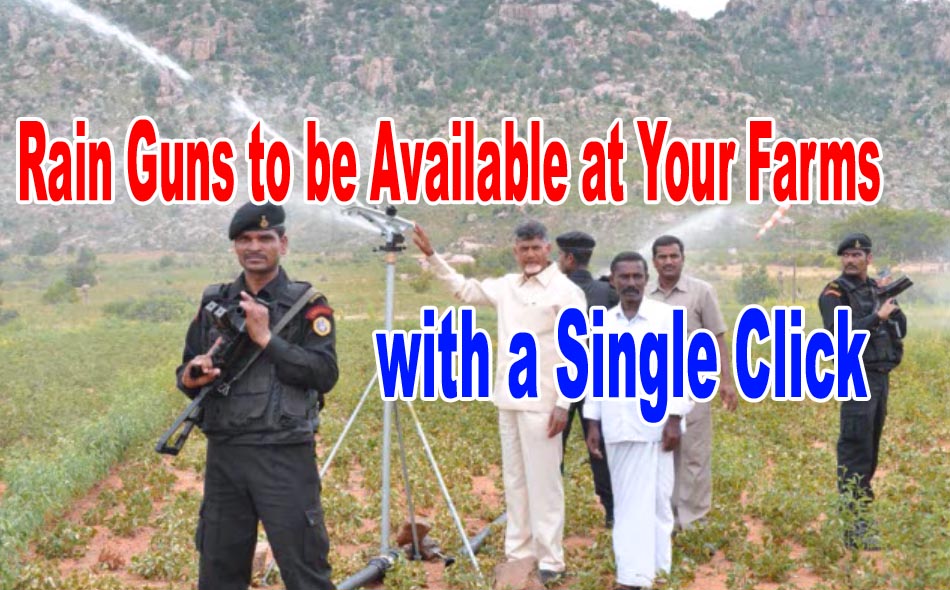 Rain guns will be used at agricultural fields when its soil suffers moisture stress. As Isro predicted no rainfall during August and September, the state government intends to encourage farmers to cultivate dry crops like maize, corn and other varieties by availing of the services of rain guns, especially in four districts in Rayalaseema region, Prakasam and upland areas in Krishna and Guntur districts in the state during the present kharif Season.

As part of drought mitigation plan, the state government has acquired 13,334 rain guns and positioned them in districts and they are geo-tagged. Similarly, farm lands, where dry farming is required, are also geo-tagged.
Multi-purpose extension officers will be visiting the farm lands and record the soil moisture content at periodical intervals and post such information online. A click on the software application, which works on android-supported smart phone, will display the location of rain guns and farm lands having less moisture content similar on the lines of how software application of Uber cabs display the location of cabs in a metro city, whenever a passenger clicks on its app.

Whenever a farm land suffers moisture stress based on the online recordings of an MPEO, the agriculture officer concerned will get an alert on his mobile phone who, in turn, informs the farmer concerned and other officials of the need to avail the services of rain guns to cultivate ID crops.

The base unit of the high-tech agriculture tool comprises two rain guns, two sprinklers and a water carrying pipe. When a farmer intends to avail the services of rain guns due to less moisture content in his farmland to cultivate an ID crop, he has to click On the software application. As his details of farm land with geo-coordinates are already fed in the software application, an alert will be sent to the agriculture officials concerned indicating the availability of nearby rain guns to be shifted to the farmland.

Accordingly, the rain guns will be placed in the farmland concerned. No charge will be levied on the farmer for availing the services of rain guns. However, the farmer has to pay 50% of the cost for drawing the water from the nearby source or for its transportation, if no source of water is available in the vicinity. 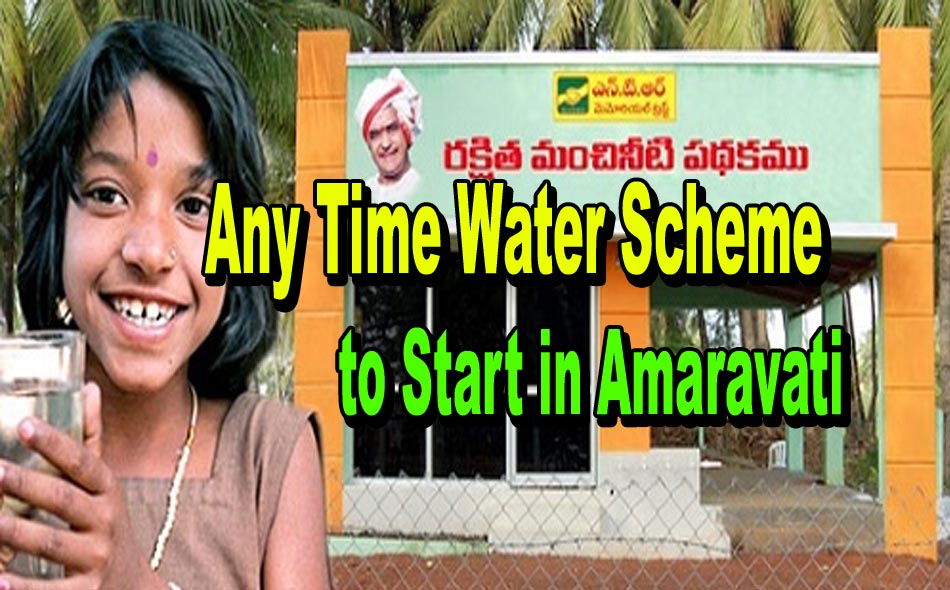 Any Time Water (ATW) to the public of Amaravati will start on June 20. The installation Works of mineral Water plant under NTR Sujala scheme at Venkatayapalem in Tullur mandal Amaravati is nearing completion. Chief Minister N. Chandrababu Naidu would inaugurate the drinking Water scheme of NTR Trust under which 20 litres of drinking water would be supplied for 2 through swipe card to the locals of Amaravati.

Guntur district Collector K. Sasidhar, along With officials inspected the works. He said that purified drinking water would be supplied to the locals of 29 villages of Amaravati capital region through this plant. He said that it is the second NTR Sujala water plant in AP and mentioned that already the first Water plant was started at Kuppam in Chittoor district.

He Said that the government will allot land to the NTR Trust to start Sujala Water plant and third Water plant will be started soon at Vinukonda in Guntur district. Mr Sasidhar Said that water would be supplied to the storage tanks in the 29 villages of Amaravati through pipelines and public will get water from the stocking points by Swiping cards.