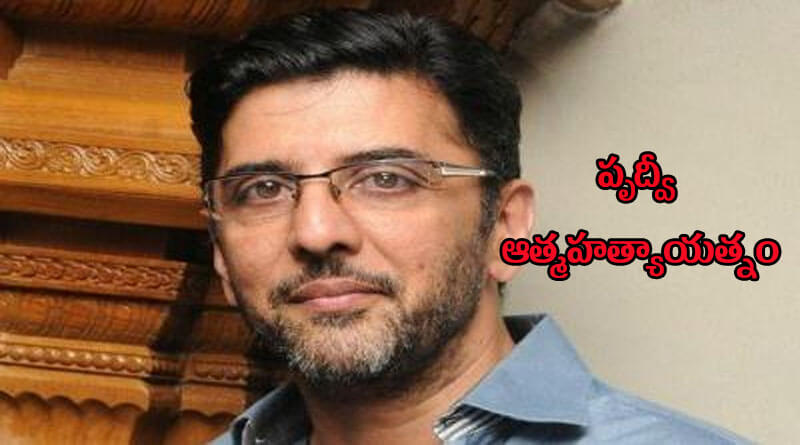 Actor Babloo Prithviraj, who has got name and fame through movie like pelli,nuvvu naaku nachav has now became hot news with his sucide vedio.The actor has sent shock waves in the telugu and tamil industries posting his ‘suicide’ video. The video has been going viral on social media. The 6 minutes 50 seconds video shocked the entire industries assuming that actor has committed suicide. However, putting an end to all the sypathitits on his death, it is revealed that actor shot this video to create awareness and send message across that taking one’s life is not a solution. The video comes in backdrop of many celebs from TV and Film industry who have recently committed suicide. It is known that, Balika Vadhu (Chinnari pelli kuturu)fame Pratyusha Banerjee and popular Tamil TV actor Sai Prashant have commited sucide and lost their lives leaving fans and family memmbers in sorrow.