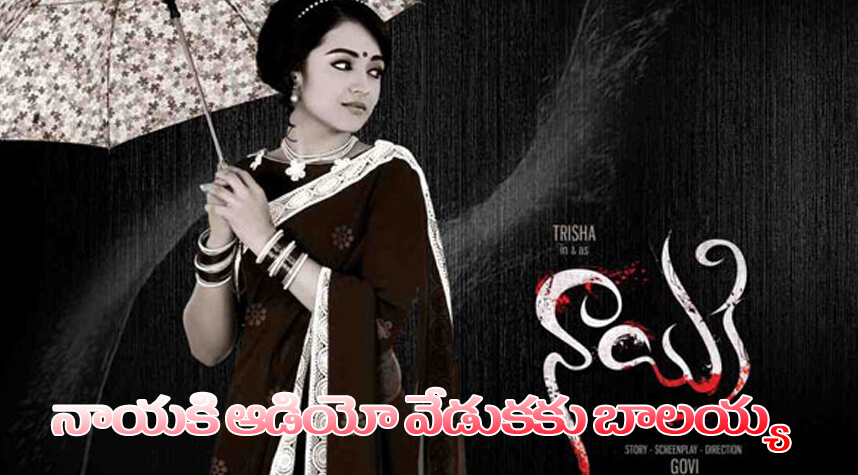 The Ex- Miss Chennai and famous film star who earned up a good craze and name by acting starts of both 90's and next generation, Trisha Krishnan is known about to get on screens with her next upcoming film Nayaki, which is going to soon release its audio.

The movie which started its regular shoot on 20th August 2015 in Chennai has finished all its shoots and works and about to release its audio. As we are known "Nayaki" is a bi-lingual movie(Telugu and Tamil) coordinated by Govi of 'Affection You Bangaram' motion picture popularity.

Now, the movie has become a news as hero, Hindupur MLA is going to launch up the audio of this film on 19th April at JRC. The talks has spread whether balayya was attending audio for the heroin Trisha who paired up with him recently for his movie lion or for his son in law NARA ROHITH as he played some key role in film. It is known that now a day's Rohtih is turning more and more closer to Balakrishna when compared to Nandamuri heroes.

Raghu Kunche is scoring music where Cinematography is by Jagadeesh and Giridhar Mamidipalli is producing film under his Giridhar Productions Banner.